"The price rises in certain parts of Spain is an encouraging sign for investors with locations such as the Costa Blanca, Costa Calida, Alicante and Murcia experiencing marked price increases.

Alicante, for instance, has experienced improvements in its infrastructure, seeing a second airport terminal open, which is always good news when it comes to attracting more visitors. 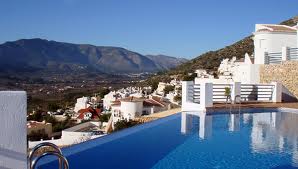 With prices in Alicante province below the national average it saw the biggest number of sales to foreign buyers between April and June 2011. Malaga hit the top spot for sales to foreigners with 1,110 sales taking place in the second quarter of this year.

Malaga has been nominated as a candidate for the 2016 European Capital of Culture, destined to boost future tourist numbers as well as property sales.

Kyero's Spanish House Price Index also shows that the Balearic Island of Mallorca has the third highest average asking price in Spain at €416,300.

The Spanish government's 4 per cent reduction in IVA (the equivalent of VAT) on new stock properties until 31st December 2011 offering a potential saving of €8,000 on a €200,000 home is also encouraging buyers.

On top of the Taylor Wimpey España's additional 4 per cent contribution is certainly a big factor at play in attracting more buyers to the country. And, whilst property on Mallorca is more expensive than many of its counterparts, savings such us this can make a real difference, offering a quality property in a popular location at a discounted price, the company says.

Following the success of Cala Magrana I and II, Taylor Wimpey España is now launching phase III, comprising 20 apartments on Mallorca situated close to Cala Anguila beach, a selection of golf courses and the marina of Porto Cristo."