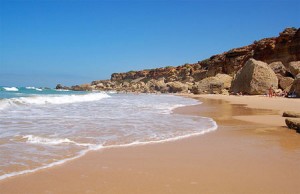 According to statistics, the destination which has come down in price most is the Costa Cálida (Murcia), where it is now possible to rent a house for an average of 24 euros per person per day, which is 40.56 per cent less than the 2011 prices.

These declines have also reached the Canary Islands, with rents falling by 38.85 per cent. Rental prices on the Costa del Sol (Malaga), dropped by 31.51 per cent, and on the Costa Tropical (Granada) rental prices have fallen by 23.22 per cent in 2012.

At the other extreme, in the Costa Blanca (Alicante), the price per person per day reached an average of 47 euros, an increase of 18 per cent compared to 2011. On the Costa de la Luz (Cadiz and Huelva), prices have increased by an average of 13.3 per cent and in Valencia they have risen by 4.57 per cent.

The Balearic Islands, meanwhile, remains the most expensive destination with regards to renting, with an average price of 54 euros per person per day, although this figure still represents a reduction of 21.6 per cent compared to 2011 data.

Overall, El Mundo reported that revenue from Spanish beach rentals showed a decline on average of nearly 17 per cent between the summers of 2011 and 2012.