There is a town in the province of Cádiz (Spain) where nearly half of the nearly 80,000 residents live in illegal homes. Even the city planning councilor lives in one of them.

This town is Chiclana, and it is trapped in a legal limbo that has forced it to return to a planning regulation dating from 1987 because the courts canceled all its later zoning plans and it cannot grant any new first occupancy licenses, a legal requirement in Spain. 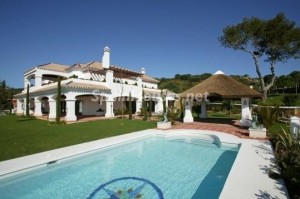 Marisol Ayala, the local chief of city planning, got the post after creating a political party representing residents of these illegal homes. The party's program included a request for amnesty for their homes, fine reductions and a chance to rejoin legality at a minimum cost.

Nobody knows how it all began, or who took the first step. Chiclana progressively grew while authorities turned their eyes away from the fact that walls were going up on rural land, flood zones and protected areas. Within the walls, homes were built. And people came to live in these homes.

Half the residents of Chiclana live on 18 million square meters of land where construction is legally not allowed. The real estate boom of the 1980s and 1990s created a clearly profitable, if legally questionable, business in which homes were bought and sold even though they did not show up on any city zoning plans. Everyone participated in this business. The locals built and sold the properties, other people bought them, the banks approved the mortgage loans, the notaries signed the deeds and the town council levied the corresponding fees. And the wheel kept turning.

Marisol Ayala and her party Partido Vecinal Regionalista (PVRE) received 2,843 votes in elections held in 2011, which gave her right to two councilors. Hers was the third most voted party after the PP and the Socialists, ahead of the United Left. The PP began a minority rule, but in order to guarantee enough stability to get the budget approved, Mayor Ernesto Marín reached a deal with the PVRE, and appointed Ayala city planning councilor - that is to say, the department that decides on planning fines and home legalizations.

Since taking over in May, nothing has been done for these illegal home residents.

Meanwhile, the government of Andalusia is completing some provisional regulations that will at least grant first occupancy licenses to a town stuck in 1987.

Ayala has also failed her own people, says Joaquín González, the new spokesman for the citizen platform. "Not once has she met with us. She has not made a single investment in our streets. We're the same way we were before, or worse. We're second-rate residents when it comes to getting services, but first-rate when it comes to being charged 600 or 700 euros in property tax."