Approximately 1,800 Alicante properties could be spared demolition. They will be legalised following changes to the 1988 Coastline law due for debate in Spain’s senate later this month. 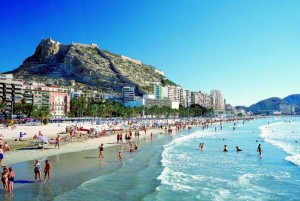 The news was welcomed by home-owners in Denia, Javea, La Albufereta, Serra Grossa in northern Alicante. Homes in Arenales del Sol in Elche, Guardamar, El Pinet and Santa Pola will also benefit from the amended legislation.

The existing law stipulates that a 100-metre strip of land above the high-water mark must be left free for public use. This is expected to be reduced to 20 metres, enabling the legalisation of pre-1988 homes.

At present owners of properties infringing the 100-metre strip were told they could occupy them only until 2018, after which they were to be demolished.

Instead, those fulfilling certain conditions that include access, an electricity and water supply, plus mains drainage, can remain for at least 75 years. After this another extension will be granted.

It will also be possible to sell these properties and carry out renovations without altering height or volume.

1 thought on “Thousand properties could be spared demolition in Alicante”