The Council of Ministers has just given the go-ahead to a measure which has been anxiously awaited on the Costa del Sol. Foreigners who buy a property for at least half a million euros will be able to apply for a resident’s permit. 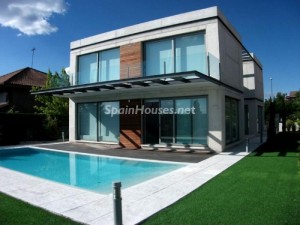 The measure is included in the proposed law of ‘Support for Entrepreneurs and their internationalisation’ , in the section which deals with attracting talent and investment through a new regime of visas and residence permits.

The law, which the government hopes will come into force on January 1st next year, will make it easier for residence permits to be granted for reasons of economic interests “through a quick and easy process and involving just one authority” for those who meet the criteria, according to information which was given to the press after the Cabinet meeting had finished.

The measure had already been mentioned last November by the Secretary of State for Commerce, Jaime García-Laga, although on that occasion he referred to a figure of 160,000 euros as the minimum investment. Now that sum has been increased to half a million euros, which is the same as that stipulated in similar laws in Portugal and Ireland. It will also apply to those who buy Spanish public debt for a minimum of two million euros.

The increase to a minimum property purchase price of 500,000 euros puts the Costa del Sol at an advantage compared with other areas of Spain which would also benefit from the measure, because along the coast of Malaga province, in contrast to other areas of the Spanish Mediterranean, there is still a large stock of unsold properties in the higher price range.

The vice-president of the government, Soraya Sáenz de Santamaría, defended this measure by arguing that it is necessary to be competitive in order to attract investment, and that it is an initiative which already exists in other countries close to Spain.

The measure was applauded by the president of the Association of Foreign Residents on the Costa del Sol, Ricardo Bocanegra, in whose opinion it will be successful as long as the new regulation can exist alongside the law which is currently in force, under which anyone who can demonstrate that they are financially solvent can reside in Spain. This lawyer pointed out that the profile of a foreign resident has changed because now the majority of these residents are not retired, but are professionals who still maintain their business in their countries of origin and who travel continually. For that reason, he believes that the obligation to reside in Spain for at least six months of the year ought to be withdrawn.