Nationalized lender Novagalicia has joined BBVA and Cajamar in announcing that it is stripping so-called interest-rate floor clauses from outstanding mortgage contracts, effective as of May 9, the day on which the Supreme Court ruled such conditions to be null and void. 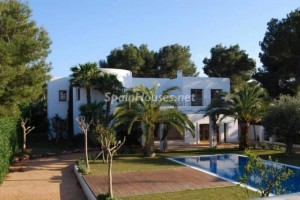 Floor clauses limit the extent to which borrowers can benefit from falls in the benchmark used to set variable-interest mortgages, which in the case of Spain is habitually the one-year Euribor rate.

The Supreme Court determined that within the context of a mortgage contract as a whole such causes included in the fine print of documents lacked the transparency required by the law.

Novagalicia’s decision affects 90,000 contracts and mortgage debt totaling 6.6 billion euros. The bank said it has ceased to issue home loan contracts since the start of 2011.In a statement to the National Securities Commission (CNMV), Novagalicia said if interest rates remain at their current level, the impact of the removal of floor clauses on its earnings would be 48 million euros, the equivalent of 6.7 percent of its net interest income last year.

After its recapitalization last year, Novagalicia made a net profit of 21.2 million euros in the first quarter of this year.

BBVA and Cajamar announced the non-application of such causes in the wake of clarification by the Supreme Court of its May 9 ruling in which it stipulated that any one of the six areas it identified as containing a lack of transparency was sufficient grounds for them to be deemed null and void.

BBVA said the decision to strip mortgage contracts of floor contracts would shave 35 million euros off its net profit from June as a result of the loss of net interest income. The average floor rate set by BBVA was 2.8 percent at a time when the one-year Euribor is at around 0.50 percent, the current key intervention rate of the European Central Bank.