The demand for cheap holiday homes on the Costa del Sol, especially those destined for the foreign market has revived the interest of Sareb (‘sociedad de gestión de activos procedentes de la reestructuración bancaria’ or bad bank) in completing the stalled building work on such properties. 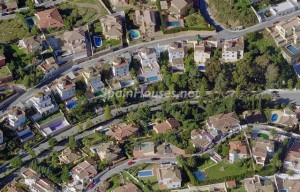 The company, created in 2012 as part of a condition laid down by the European Union in exchange for aid of a hundred billion euros to Spain’s banking sector, is responsible for dealing with toxic assets and has now turned its attention to two developments in Malaga province, totalling 116 homes.

Of these a hundred are concentrated in a residential estate in Casares, though the company will not yet say where. The homes are in the final phase of construction - 80 per cent built and in some cases lacking only electricity or phone connections or painted walls - and with works to re-start in July are expected to be completed by the end of the year and put on the market.

Sareb plans to complete a total of 2,857 homes in 36 provinces in Spain, in an attempt to assuage the debts of the country’s nine nationalized or restructuring banks. The project will cost 107 million euros.