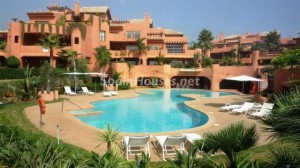 The new visas do not come with a work permit, or include family members or spouses (though these may apply separately); nor are beneficiaries required to live in Spain – although they must visit the country at least once a year. They will, however, be allowed to move freely through the Schengen Area.

The stated aim of the residency permit deal, included among other measures within the so-called Entrepreneur’s Law of September 2013, was to attract inward investment to Spain, but of the 81 visas, only three are related to the setting up of a business, and only six are connected with capital investments. Other EU states such as the United Kingdom, Portugal, Greece and Malta have created similar schemes.

Recipients are initially given a visa for one year, during which time they are not allowed to work. The visa is then extended to two years, allowing them to work, renewable thereafter. Applicants undergo thorough police checks, says the government, which turned down 14 requests.

The government rejects the term “golden visa,” saying the goal of the scheme is to attract investment that will generate employment, and pointing out that visa requirements have been relaxed or sped up for a range of other professionals. “The law is about attracting productive investment and talent, and has made it easier to reside in this country not just for investors, but also entrepreneurs, directors and scientists,” says an Immigration Department spokesman, pointing out that almost 650 other visas have been granted or extended to researchers, scientists and business people from overseas.

The government’s figures suggest that the new visa holders will have spent at least €43 million on property, along with at least a further €6 million on purchasing bonds. It adds that the visa scheme will have created around 640 jobs, and around €40 million in investments, mainly in high-tech industries.