The public prosecutor has signalled its intention to demand the demolition of 98 homes owned by British citizens in Albox, Almeria, which were built on non urban land and, allegedly, without the mandatory municipal licences. 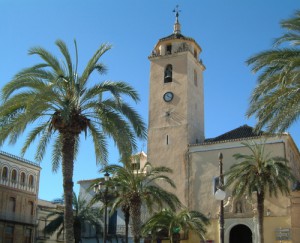 The 98 homes are situated in the El Romeral-La Aljambra area and were constructed between 2004 and 2006 and, according to the courts, “are not legal because they do not comply with current planning laws in Albox”.

Two brothers, known under the initials J.F.A.H. and D.L.A.H., who were developers and builders of the residential complex, under various company names - Proyecto y Construcciones Almanzora SL, Procoal Villas SL and Empire Villas Sl - apparently built the homes on land not zoned for building and without a municipal licence and not only disobeyed an order to cease activity completely but continued to build more properties.

None of the 98 homes come under the new measure announced by the Junta de Andalucía to regularise a number of homes, precisely because their status is currently in the hands of the courts and thus stuck in an administrative limbo.

The mayor of Albox, Rogelio Mena, expressed his frustration with the news on regional TV channel Canal Sur on Wednesday.
“It seems that in this country for every solution there is a problem,” he said.

Maura Hillen of AUAN, an Almeria-based association fighting to legalise homes in Andalucía, told SUR inEnglish on Thursday, “No court date has been decided at this time so there will probably be another interminable wait. Meanwhile, the home owners struggle with access to basic services, lack of paperwork and a great deal of uncertainty."

1 thought on “Courts to request demolition of 98 illegal homes in Albox, Almeria”