The first decree to regulate private holiday accommodation in Andalusia has resulted in nearly 4,500 applications for registration in the first week since the new regulations 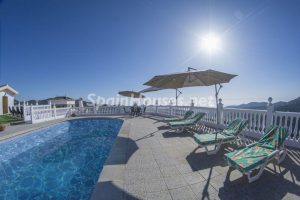 came into force on 11th May. Under the terms of this decree, anyone who is renting or wishes to rent a residential property to tourists and who markets it through intermediaries or online must obtain a registration number and comply with certain conditions.

The Junta de Andalucía’s Tourism Department says that in this first week, more applications were made in Malaga than any other province in the region: 1,379 compared with 251 in Cadiz, 189 in Seville, 87 in Cordoba, 68 in Granada, 65 in Almería, 50 in Huelva and just 11 in Jaén.

Many property owners had presented their applications before the decree came into force, and of the 4,486 which have been received in total, just over 2,000 are now registered and their owners are authorised to run a business of this type.

The new regulations do not apply to all rental properties. Those for which no rent is paid are exempt, as are properties which are rented by the same person for two or more consecutive months. Those in a rural location are also excluded, as regulations already exist for properties of that type.

Nor does the new decree apply to an owner who has three or more properties in the same building or group of buildings, because the authorities consider that these should be considered Tourist Apartments and be covered by Decree 194/2010 instead.

Anyone who wishes to apply for registration online can do so via the following link: https://ws072.juntadeandalucia.es/ofvirtual/auth/autcertjs