Security is becoming increasingly important these days and the owners of more than 5,660 holiday homes in Malaga province who have registered their properties with the Junta de Andalucía are 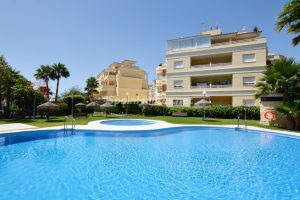 also required to provide the police with details of every client who stays in their property.

The Register of Tourist Accommodation in Andalucía has only recently come into force, and many owners of holiday accommodation may not be aware of this additional requirement. However, the governmental sub-delegate’s office in Malaga has confirmed that people who rent a property to tourists must pass on the identity details of the clients to the Citizen Participation Unit of the police force, just as the hotels have to do.

The police say this is extremely important, and they are working closely with the tourism sector to ensure that they are aware of all holiday properties as soon as the owners have registered them with the Junta de Andalucía.

Once the owners have given their details for the Tourist Accommodation Register, they should do the same on the police Register of Accommodation, for security reasons. The Andalusian regulations only state that owners must keep details of the people who stay in their properties, so many owners may not realise that there is a further step they must take.

According to the governmental sub-delegation, because the Junta’s regulations only came into force a few weeks ago, there has not yet been time to set up a protocol for the processing of up-to-date information about clients who stay in holiday properties. Hotels send this type of information telematically.

Until a similar system is set up for holiday apartments and houses, owners should give the details by phone. As each new property is registered with the police, it is added to a list so it can be monitored. Security is increasingly a matter of concern for people who live near properties which are used as tourist accommodation, especially in the summer months when the occupants change frequently and they have no idea who might be staying next door.

Even before the new Andalusian regulations came into force, police representatives held a series of meetings with the head of Tourism, to finalise the arrangements for the police to receive details of properties which are added to the register and ensure that they are then also added to the police register of holiday accommodation.

“When an owner registers their property with the Junta de Andalucía, the police normally contact them to let them know that they also need to be added to the police register and that they need to pass on the details of everyone who stays in their property,” say sources at the governmental sub-delegate’s office.

Málaga is the province in Andalucía with the highest number of tourist properties. More than half of all the owners who have registered a property are in Malaga: specifically, six out of every ten who have registered since the new regulations came into force on May 11. For this reason, Malaga is also an area upon which the security forces are placing a special focus. Although no official figures have yet been released, it appears that a high proportion of these properties are in Malaga city.

The Junta de Andalucía’s Minister for Tourism, Francisco Javier Fernández, announced a few days ago that his department has now updated the Tourism Inspection Plan for this year to include self-catering holiday accommodation, and he also stressed that before the decree came into force an intensive awareness campaign was carried out so everyone should be aware of the new regulations and the fact that they need to comply with them.