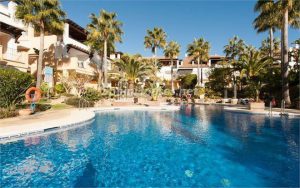 The Junta de Andalucía estimates that around 80,000 private homes with some 400,000 beds are offered as tourist rentals in the region, and this new law is intended to bring to light illegal practices and unfair competition.

The legislation has received the thumbs-up from the local hotel sector, but some property owners claim they have been forced to stop offering their properties for short-term rentals, because they simply cannot afford to comply with the conditions.

Owners who fail to comply with the new regulations could face fines of up to €150,000 and they could also have their properties removed from the registry, but are the proprietors of potential holiday apartments complying with these new rules?

Patricia Brown is one person who has registered her studio in Benalmádena, and even though she first had difficulties with the paperwork, she believes that the new law will make things better for everyone.

“The initial cost is something we must all face, but there are far too many owners who rent out unsuitable accommodation and it is these people who are moaning the most,” she said.
Shortly after registering her flat, Patricia received a visit from the inspectors, who gave her the all clear; she claimed the procedure was “pretty straightforward”.

The owner stated that the standard of some apartments offered as tourist accommodation in her area falls far short of requirements, and she believes it is about time that these illegal landlords were dealt with.

“These people are running an illegal business by not declaring their apartments and I don’t see why only a minority are complying with these new rules, while these villains are having a free ride,” she said angrily.

The law states that all living rooms and bedrooms must have direct exterior ventilation, air-conditioning and heating, a cost that many property owners cannot afford.

The owner must provide paper or electronic brochures providing information about the closest amenities, medical treatment facilities, parking, restaurants and shopping centres, as well as details and timetables of public transport, a map of the surrounding area and general tourist guides.

Marbella lawyer Antonio Cobo told SUR in English he believes that the law is something that had to be enforced, because it has the consumer’s best interest in mind.
“The tourist will benefit from the new laws, because all accommodation must now meet strict standards, and so landlords can no longer get away with renting unsuitable properties,” he said.

Cobo explained that the law has caused confusion for some and this is why a few have not registered, but he claimed the procedure is relatively easy if you are patient and follow the guidelines.
However, he had good advice for those who were not complying with the new regulations.

“If people ignore this law and continue to advertise their properties for rent, the police will catch them. They are already starting the prosecution procedures in certain areas like Sotogrande, so if you break the law, you will face the consequences,” he said.

The Foreign Residents Department at Mijas town hall claimed one of the biggest problems was that the Junta de Andalucía did not publish anything in English.

The Junta promised public awareness campaigns to help people understand this new law, but those with little command of Spanish were forced to hire a lawyer, which created even more expense.

The foreigners department, however, made an information sheet for those who could not speak Spanish, and they received quite a few enquiries prior to the May deadline.

Recent surveys suggest that these new laws are driving many expat property owners away, and some town halls are reporting that the foreign population has taken a sharp dip recently.

Marbella town hall for example, has reported that 5,000 foreign residents have vanished from the ‘padrón’ (population census) in the last few years and the majority were British. However, since May, Marbella has had the highest number of applications to register properties as tourist accommodation.

There are a number of alternative explanations for the fall-off in numbers of foreign residents, but it is possible that some owners have simply had enough, sold up, and gone back to their home country, while there are others who have chosen to live under the radar for various reasons.

Some properties however, are exempt from the new laws and these include those that are located on what is legally classified as rural land, as they are subject to a different legislation, and accommodation that is offered to friends and family without an exchange of money.

Properties that are let to the same individual for a continuous period of more than two months are also exempt, as these are regarded as a standard rental agreement subject to Spain’s Tenancy Act. Owners of several properties in the same place are also subject to different legislation.