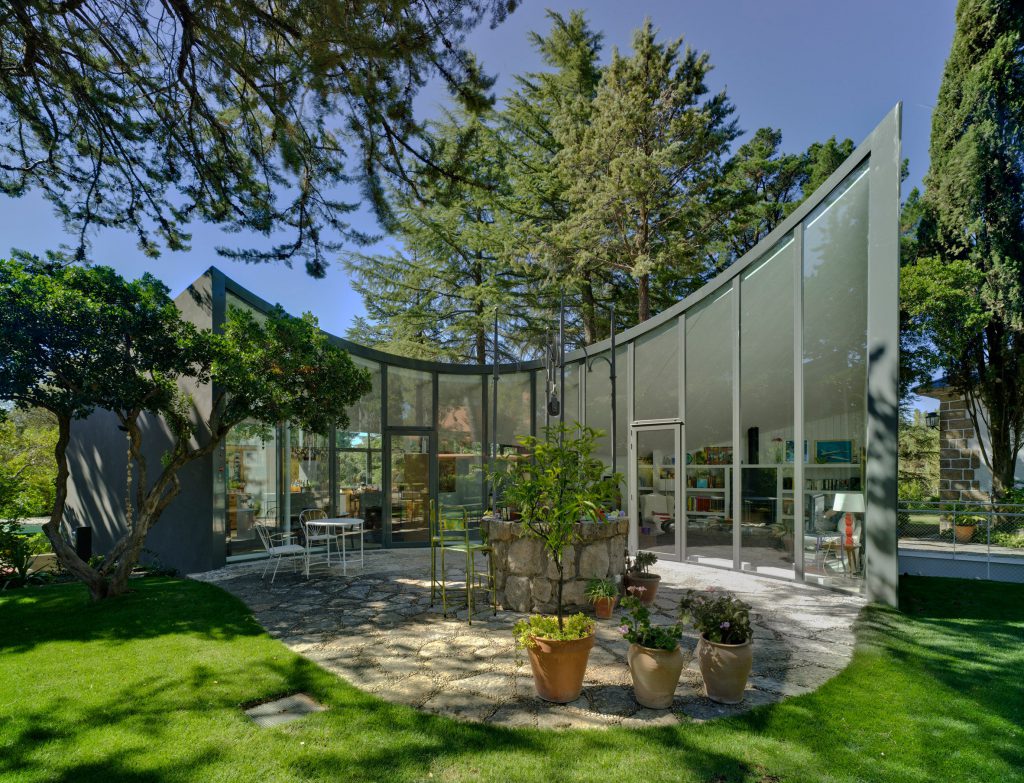 Spanish architect Alejandro Valdivieso has repurposed a former water cistern near Madrid, transforming it into the basement of a house with a glass facade that curves around the original well.

Casa Aljibe, which translates as Cistern House, is situated in the suburban district of Alpedrete, northwest of the Spanish capital. The underground cistern was built early in the 20th century and was originally connected to a well that supplied water to local properties.

The south-facing plot is covered with scrubland vegetation typical of the hilly region, and the original building was constructed with an unusual plan that follows the topography of the rocky ground. 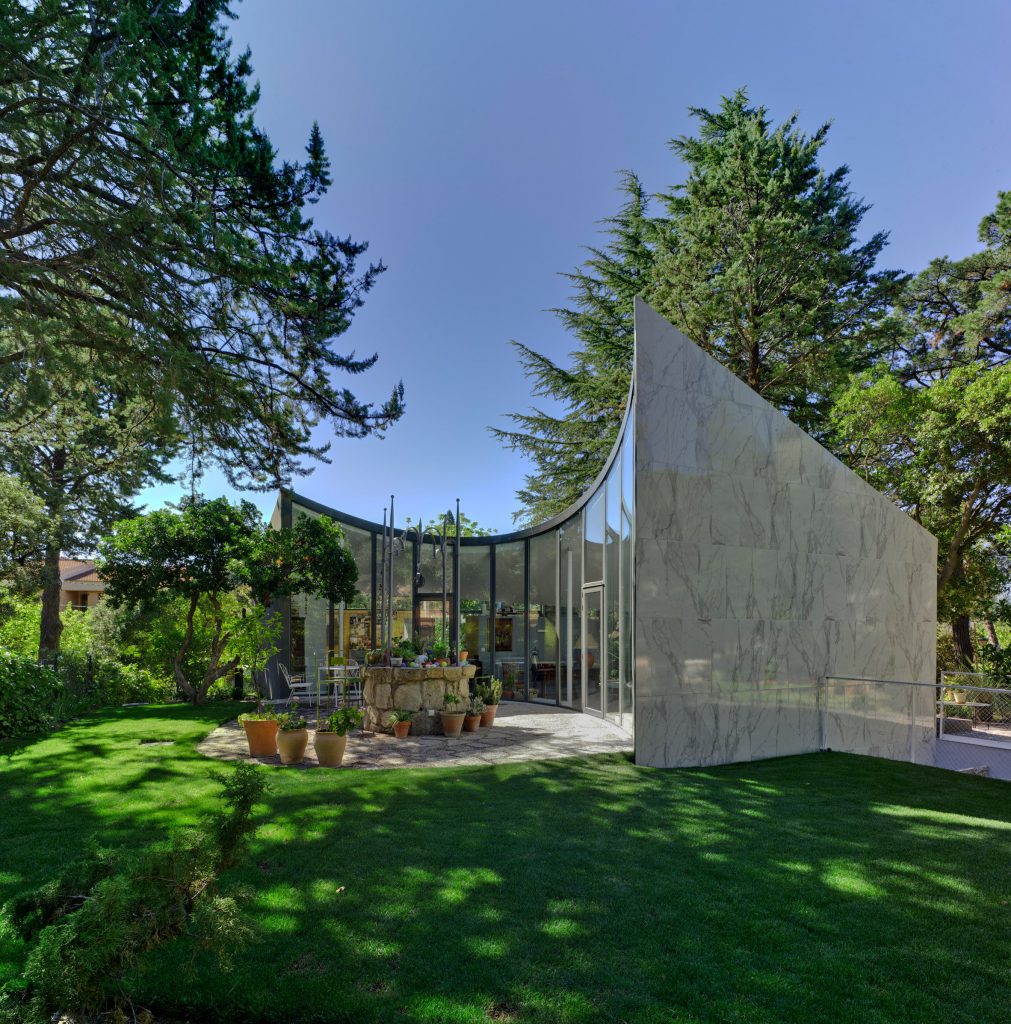 A retaining wall constructed on the southern side supports the main paved platform containing the well which provides privacy and adds to the distinctly contemporary aesthetic of this new space, which contrasts with the natural landscaping of the older surrounding gardens. 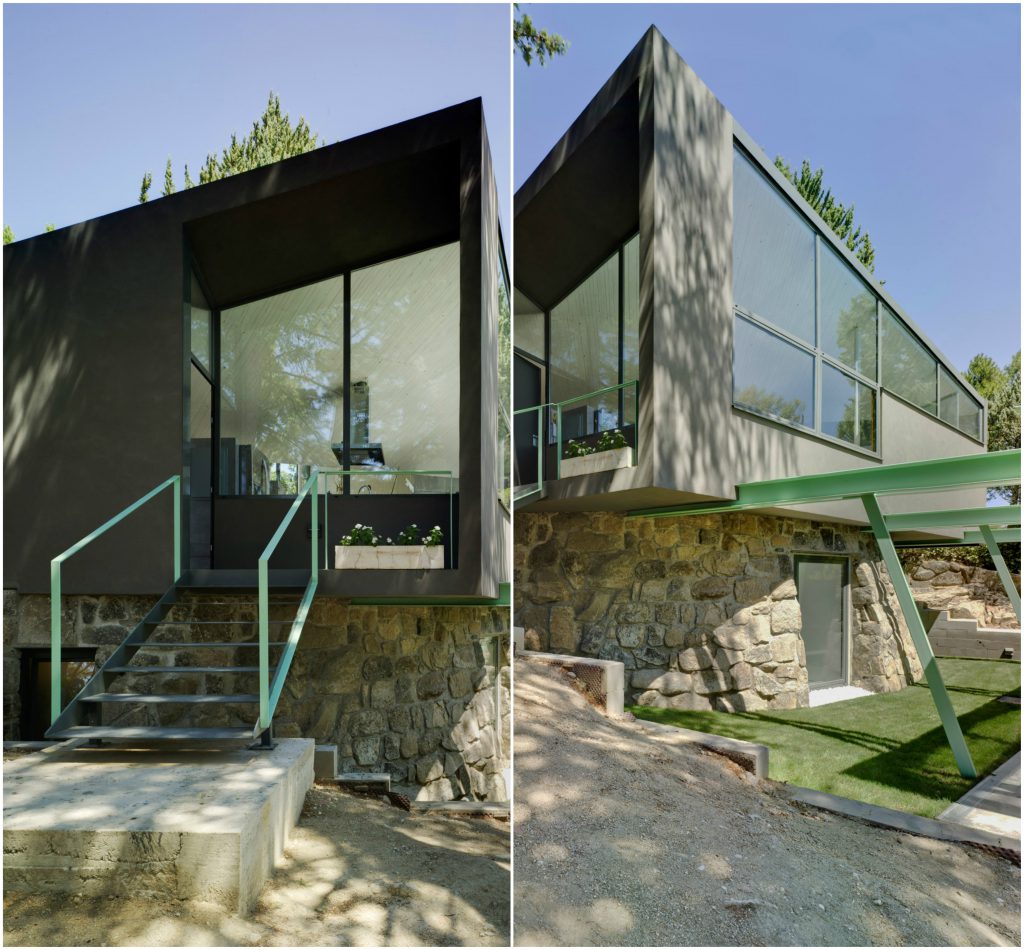 The prefabricated structure that forms the new upper floor uses lightweight construction methods to rest on top of the existing stone, brick and concrete walls.

A metal framework supports walls made from prefabricated timber panels that enclose an open-plan living space comprising a lounge, kitchen and dining area. 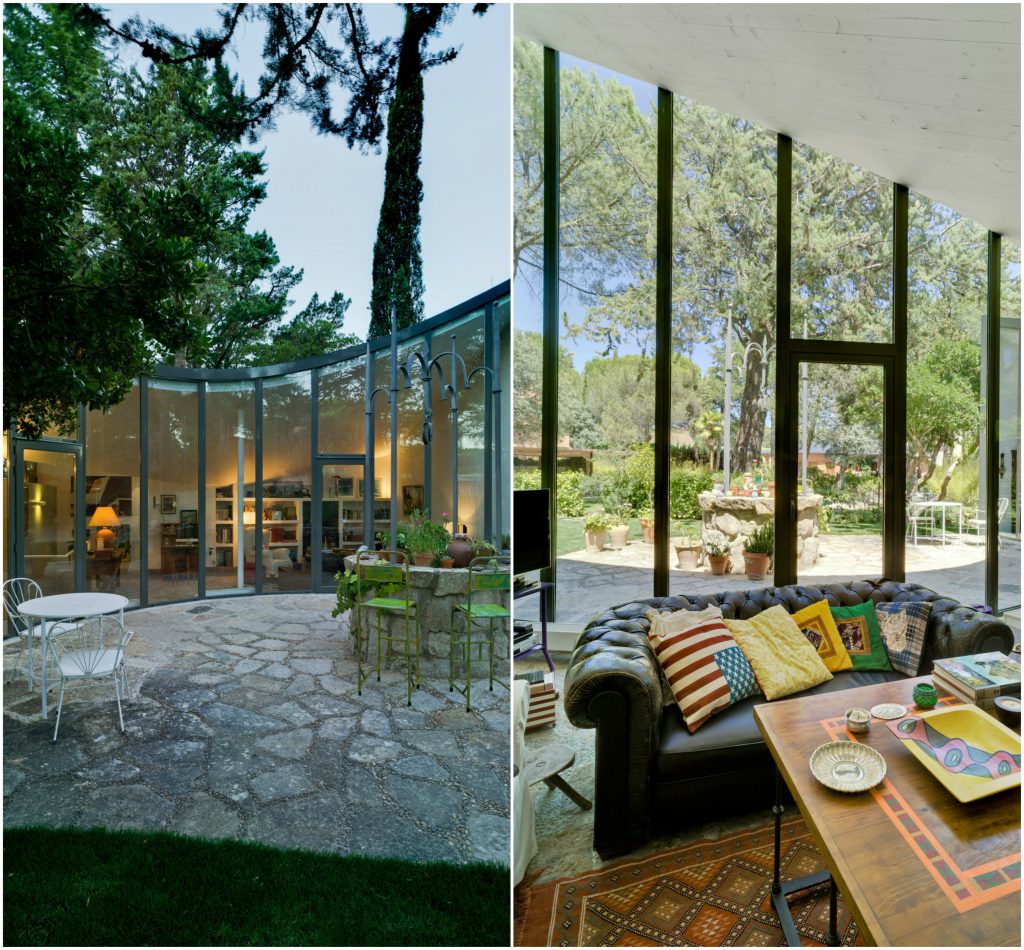 The full-height glazed surface lining the living area incorporates doors that open onto the paved platform, which now functions as a patio between the house and the garden. 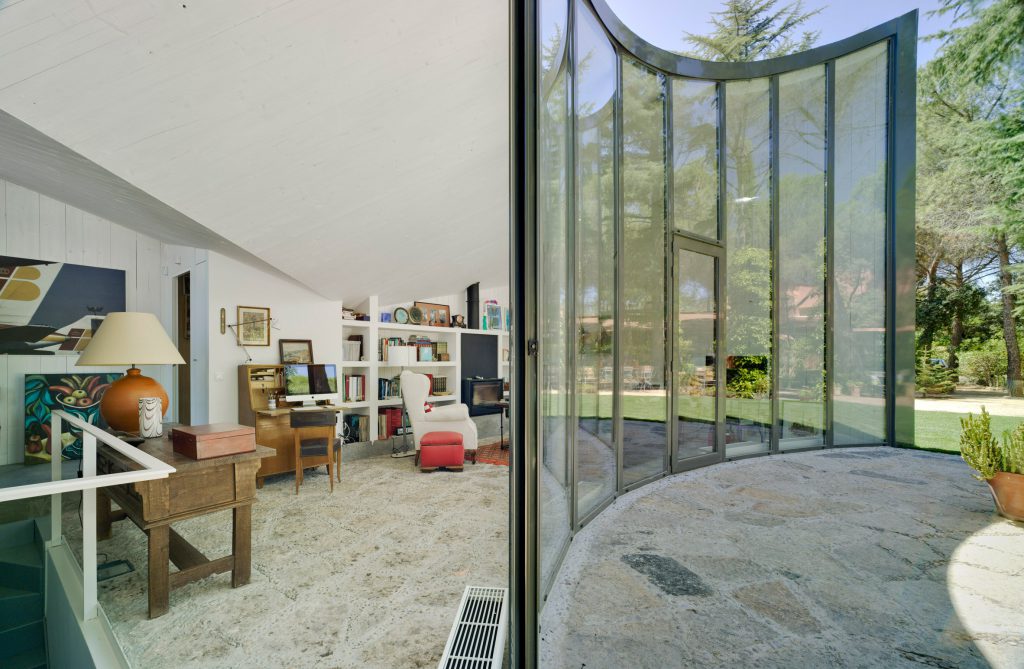 The partially submerged spaces in the old cistern were adapted to accommodate private areas including bedrooms that open onto the sheltered outdoor space.