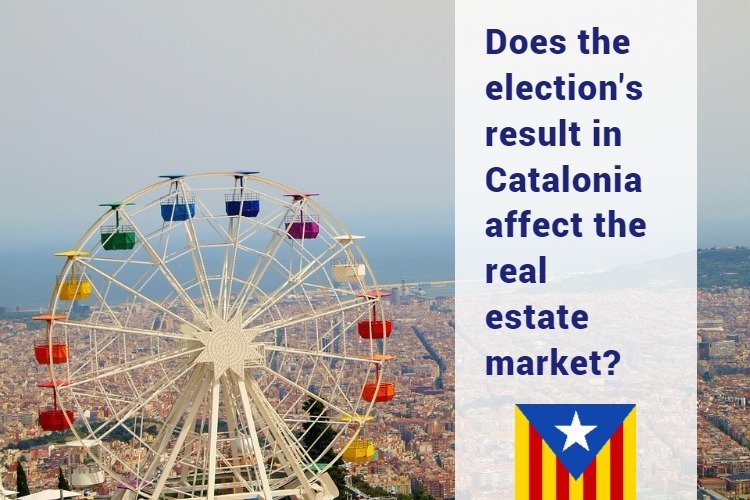 The result of Thursday's election in Catalonia could affect the economy and will drag down the region's housing market whilst increasing the risk premium investors will use to value assets in the region.

After two months in the middle of a constitutional crisis, Catalonia went to the polls on Thursday to elect a new regional government which the government hoped to abandon the independence drive and unblock the political situation.

So, we are looking at an open-ended period of conflict, instability and political uncertainty in Catalonia, all of which is bad news for the economy.

The rating agency Moody’s has warned that the election result will weigh down on economic growth and “undermine further the already weak finances of the region” if the new government continues to pursue independence at all costs. 3,100 companies have already pulled out of the region, and more will follow. The economic cost of the independence drive is already clear to see. “The departure of companies and the fall in consumption and investment has caused a fall in economic activity in the last part of the year,” says Joan Rosell, President of the CEOE Catalan business association, quoted in the Spanish press. “Only a new government that acts legally and respects the constitution can repair the damage done and return Catalonia to the path of prosperity that we all desire.”

The other side of the coin is represented by Madrid, which is receiving investors who discard the capital city as a destination, whose benefits could be extended in the short and medium term, according to the consultant's analysis.