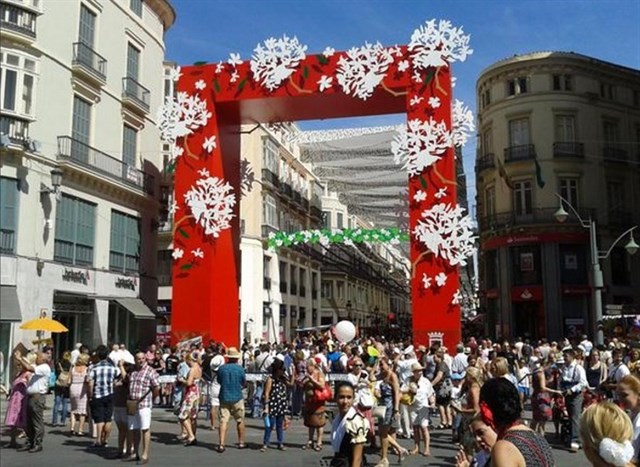 The Fair de August in Malaga is one of the most famous Spanish festivals, its scope is international and attracts tourists from all over the world. Every day the fairgrounds witness the passing of more than 550,000 people and the art that wastes this annual event with the southern magic of Spain. If this year you are going to visit this incredible fair, you need to know all the details it contains and, in this way, serve as a guide and tips to enjoy it to the fullest.

Where does this holiday come from?

The summer festivities of the city have their origin in the commemoration of the incorporation of Malaga to the Crown of Castile by the Catholic Monarchs, who entered the city on August 19, 1487. In 1491, coinciding with the liturgical celebrations of the Cabildo Catedral, the Municipal Cabildo established the beginning of popular festivities. It is the year 1887 when, in the commemoration of the IV Centenary of the entry of the Catholic Monarchs in Malaga, they re-emerge in all their splendour. The August Fair in Malaga has reached our days as the Great Summer Festival, with an open, cosmopolitan and international sense, which reflects the character of the capital of the first tourist area in Europe: the city of Malaga as the nerve centre of the Costa del Sol and its metropolitan area.

Where is it celebrated?

The Fair is divided into two: the Center and the Real.

The Center Fair is held only during the day. It usually begins to animate from 12 noon, and at 13 h. It practically has a good atmosphere, it is located in Calle Larios and Plaza de la Constitución. But if Calle Larios and Plaza de la Constitución are the heart of the day parties, the ideal is to take a short tour of all the adjacent streets, in the Plaza del Obispo, every day, at 1:30 p.m. There is a party in Verdiales, the Plaza de la Merced is another good meeting point. There also every day there is a party, but in this case, Flamenco at 13.30 h. as well.

In the Paseo del Parque, on the other hand, the atmosphere is a bit different; more infantile or juvenile. In fact, families often walk there, where the Magic Fair is held every day, where children will enjoy games, workshops, storytelling, theatre, puppets and magic that will take place in the Center, offering a fun alternative for the little ones during these days.

The Fair of Real began as the Night Fair. Now, and for some years now, even during the day, the Real Fair is quite animated. The booths offer their products, their beers and their tapas, and in addition, the entrance is free and is not limited, so it can be enjoyed by many more people. Of course, children's attractions remain immobile until the night, when at 9 they are already fully operational for children who approach there.

So, if you do not want to get lost, here you can consult a map of the Malaga Fair

The Real of the Fair is located in the Cortijo de Torres, very close to the Palace of Fairs and Congresses. The official fair is held in a large open space, with more than 200 booths where both tourists and locals dance and drink. The owners are usually associations, clubs and brotherhoods, among others. The main difference with the Feria de Sevilla is that in these booths you can enter for free, as long as you do not wear a swimsuit or go without a shirt.

In Malaga, we have many restaurants and good tapas places and that is between dancing and dancing you have to eat and drink. The booths offer traditional foods such as an omelette, fried peppers, aubergines with honey or fried anchovies. In the Real de Cortijo de Torres offer great discounts and even free tastings to encourage the fairgrounds to visit the day fair.

At lunchtime in the Feria de Málaga, fried fish dishes, ham, cooked prawns and, of course, a good gazpacho, cannot be missed in any of the bars in the centre and also in the many booths of Real.

We must also bear in mind that at the Feria de Málaga not only is it eaten, but it is also eaten, and in this case, Iberian cold cuts are the best choice. But everyone knows that there are two indisputable protagonists: cheese and ham.

We don't forget the drink. To alleviate the heat of the month of August are sold huge quantities of sweet wine, summer wine, beer, rebujito and ultimately, all kinds of drinks that you can imagine.

What to do and visit at the Fair?

The traditional Proclamation of the Fair is the starting signal that marks the beginning of this week of festivities. It is celebrated on August 10, as prior to the start of the Fair, and consists of a speech by the hand of a known character followed by a fireworks show in the Malagueta.

On August 11 officially begins the August Fair in which we can enjoy traditions such as the Pilgrimage, in which horsemen and carriages accompany the flag bearer of the fair to the Shrine of Vitoria. The centre of the city also dresses up as a fair and offers us a folkloric and festive atmosphere accompanied by Cartojal, tapas and good music.

The booths are located in the Real de la Feria, where we can dance to the rhythm of the best live music and have fun with the little ones at the attractions of the fair.

The Closing Gala will take place on Sunday, August 19, in which we will bid farewell to the Malaga Fair until next year.

You can check the official program from here

How to get to the Malaga Fair?

You can easily reach the Real (Cortijo de Torres) by car, bus or train, the latter two being the most reliable and fastest way to get there.

If you go by car, you will have at your disposal more than 8000 parking spaces distributed in the parking of Feria Norte / Palacio de Feria, Los Prados, Huerta del Correo, Teatinos, Pierrot / Shopping Center and others.

If you are going to stay in Malaga, the bus is the best way to go from one fair to another, using the F line 24 hours a day. In case you want to get to Real from any other neighbourhood in Malaga, you will be happy to know that everyone is directly connected to the entrance of the Fair during this week.

You can get to the Real from the coast, thanks to the countless intercity buses that depart from Cártama, Benalmádena, Alhaurín de la Torre, Rincón de la Victoria, Pizarra, Álora, Casabermeja and Colmenar.

Another way to get to the Fair is by Cercanías C1, stop Victoria Kent. It will leave you on the other side of the Real, but you can easily reach it on foot thanks to the tunnel under the road.

Where to stay in Málaga?

In order to spend some fantastic days at the Feria de Málaga, you should know that there are some incredibly cosy holiday homes in the province of Malaga. Take a look at this selection, choose your favourite and reserve it now to spend the best week in the Feria de Málaga that you could have imagined.