"Structure is where light is".- Kahn. Situated in Barcelona, iGuzzini Illuminazione Headquarters seems unfinished. It reminds me to ancient sacred pantheons, although its definitely modern. It's a sphere which plays with light and structure.

"There is no need for demagogy to explain a building” affirms Josep Miàs (miasarchitects.com), talking about the recently finished new iGuzzini Illuminazione headquarters building in Sant Cugat del Vallès (Barcelona). The exterior architecture of the project should exert some kind of visual strength effect, suggesting being in movement.

Miàs began his project “with something similar to an aerostatic balloon”, which would stay “almost suspended”.

Light, managed with special sensitivity as a fundamental theme, due to iGuzzini’s dedication to illumination design, gets completely integrated in the conception of a big spherical volume whose only spine is a great central void where the whole building is hanging. 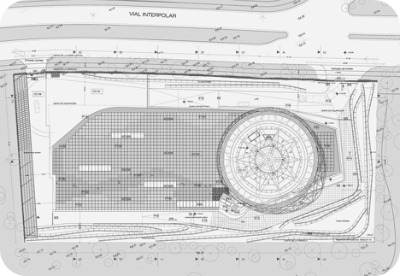