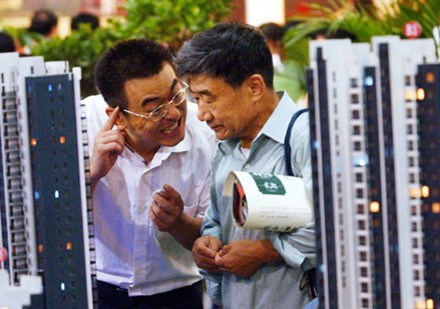 News that government measures to cool China’s sizzling property market were beginning to work have no doubt been a relief to many investors in the country.

Property, afterall, is particularly important in China, with property construction alone accounting for 15 per cent of China’s gross domestic product. But a report in Monday’s FTfm says it is not time to stop worrying yet.

Edward Chancellor, a member of the asset allocation team at investment manager GMO, looks at the parallels between the Spanish housing market bubble and the bubbles he thinks are still inflating in the China, Hong Kong and Singapore property markets.

The three respective authorities have all instituted measures to cool their property markets. Beijing has gone furthest. Over the past couple of years, the People’s Bank of China has raised bank reserve requirements nine times.

Chinese banks have been ordered to restrict lending to real estate developers. Households face a limit on the number of properties they can acquire. Beijing also plans to provide some 36m affordable homes over the next five years.

The trouble is that none of these measures will work, according to Chancellor. He points out that during Spain’s housing boom there was relatively low loan-to-values on mortgages. Spanish banks also kept mortgages on their balance sheets and there was no subprime.

Nothing the government did stopped the great Iberian housing bubble from inflating. Spanish home prices more than doubled between 2001 and 2006. Housing construction soared. The lending boom actually increased in intensity after the introduction of counter-cyclical capital rules.