25th of September. Paul Krugman writes about Europe in The New York Times: "Is it possible to be both terrified and bored? That’s how I feel about the negotiations now under way over how to respond to Europe’s economic crisis, and I suspect other observers share the sentiment".
It's hard to find reasons for optimism, he say. 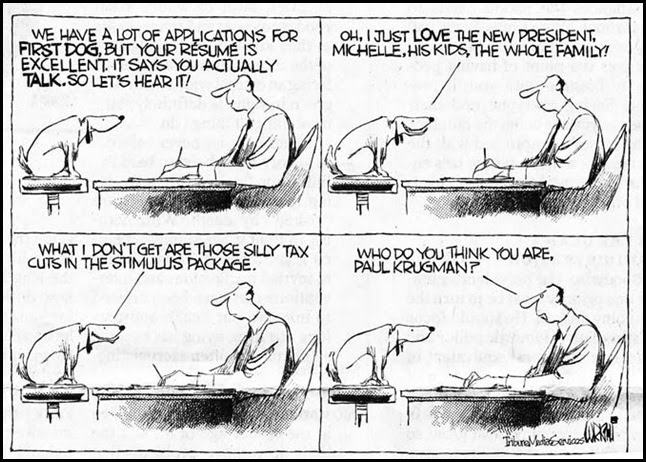 Europe's crisis policy should be different according to the economist: " I see no sign at all that European policy elites are ready to rethink their hard-money-and-austerity dogma".

"Part of the problem may be that those policy elites have a selective historical memory. They love to talk about the German inflation of the early 1920s — a story that, as it happens, has no bearing on our current situation. Yet they almost never talk about a much more relevant example: the policies of Heinrich Brüning, Germany’s chancellor from 1930 to 1932, whose insistence on balancing budgets and preserving the gold standard made the Great Depression even worse in Germany than in the rest of Europe — setting the stage for you-know-what.Now, I don’t expect anything that bad to happen in 21st-century Europe. But there is a very wide gap between what the euro needs to survive and what European leaders are willing to do, or even talk about doing".

Alarming declarations, certainly. In all times of history, crisis situations like the one we live under provokes war. Every crisis leads to an explosion. Could it be that, this time and thanks to the new world we live in, the explosion will be social instead of belligerent?

Excuse me if I am getting personal, but I am going to share a personal thought. Yesterday, I watched a conference on the Palestinian and Israeli conflict during one of my jogging sessions (honest). One of its experts, a woman journalist whose name I am not able to recall at the moment, said social network and its consequences on the arab revolution is setting the stage for a new way of resolving conflicts and crisis. Non-violent cooperation and collective crisis management. Will that future be possible? Or will we end up doing the same?

I myself feel just as Krugman does. Terrified and Bored.