On an article published by The New York Times, Victoria Burnett reports from Havana: "Cuba announced a new property law Thursday that promises to allow citizens and permanent residents to buy and sell real estate — the most significant market-oriented change yet approved by the government of Raúl Castro, and one that will probably reshape Cuba’s cities and conceptions of class. 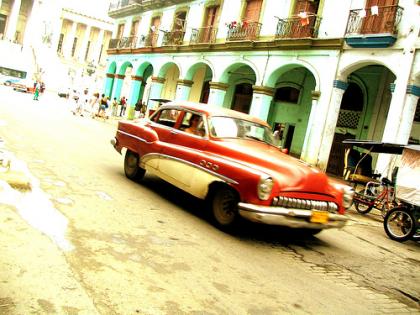 The new rules go into effect on Nov. 10, according to Cuba’s state-run newspaper, and while some of the fine print is still being written, the law published on Thursday amounts to a major break from decades of socialist housing. For the first time since the early days of the revolution, buyers and sellers will be allowed to set home prices and move when they want. Transactions of various kinds, including sales, trades and gifts to relatives by Cubans who are emigrating, will no longer be subject to government approval, the new law says.

“To say that it’s huge is an understatement,” said Pedro Freyre, an expert in Cuban-American legal relations who teaches at Columbia Law School. “This is the foundation, this is how you build capitalism, by allowing the free trade of property.”

Cuban officials would disagree; they argue that they are carefully protecting socialism as they move toward economic reform, and the new law includes some provisions that seem aimed at controlling both speculation and the concentration of wealth. Owners will be limited to two homes (a residence and a vacation property) and financing must go through Cuba’s Central Bank, which will charge fees, which have not been determined. And a tax of 8 percent will be split by the buyer and seller".