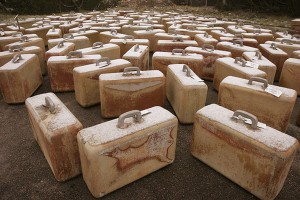 These words strongly crash, just like our Real Estate Market crashed, against "other realities" such as Dubai hotel chains coming to Mallorca and Luxury Strategic Plans in Costa del Sol.

Yesterday, February the 29th, thousands of citizens took the streets in protest. No need to explain why. Pure impotence could be registered by hundreds of images shared via facebook, twitter, flickr and other social networks.

Younger Spaniards for the first time don't believe parents who have told them for decades that they should always buy instead of rent and treat real estate as an investment that will never go bad. The age-old saying in Spain that prices never go down or not for long is now broken.

This may be the reason why Real Estate Investment is looking abroad for business, taking the example of strategic plans such as Costa del Sol Elite Collection.

Experts say the government's new provisions for real estate holdings will almost certainly prompt the banks to sell holdings at firesale prices, forcing property values down much more than the 22 percent that they have dropped since the financial crisis hit Europe in 2008.

It is, indeed, a good moment to buy property in Spain, although Spaniards won't be the chosen target of house sellers, but foreigners.

Dubai based luxury hotel chain Jumeirah has chosen the island of Mallorca for its first foray into Spain. Officially opening in Port Soller on 13 March 2012, the Company has designs on its 120 room five star hotel becoming the most luxurious hotel in the country. Well, it's all about business, Isn't it?