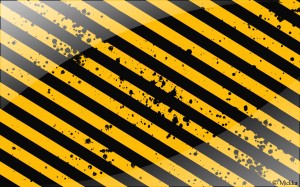 The eurozone construction sector recorded an increase in activity in March of 12.4 per cent over the previous month, when it had fallen by 10.4 per cent, while year-on-year the decline was 3.8 per cent, according to data published on Monday by the European statistics office, Eurostat. In the whole of the European Union, production in the construction sector soared 11.8 per cent from February, when it had fallen by 5.7 per cent, while year-on-year it had dropped by 3.9 per cent. Cinco Dias reported that among the countries for which data were available, the activity in the construction sector increased in ten of the countries and decreased in four. The largest increases were registered in Germany (+30.7), France (+17.8), United Kingdom (+14.8) and Italy (+9.5), while the most significant declines were recorded in Romania (-8.8), Portugal (-6.8) and Spain (-1.8). Compared to March 2011, the greatest advances year-on-year were recorded in Sweden (+7.9), Germany (+6.3) and Poland (+2.4), while the largest declines were observed in Portugal (-16.4), Slovakia (-11), Spain (-10.9) and Slovenia (-10.7). Specifically, construction activity fell in nine countries and increased in five.