Oropesa del Mar, in Castellón, Spain. It's hard to believe there's still good Architecture projects going on in Spain under this crisis. What follows is a good example of one of those current few modern architecture projects. Archdaily describes it:

"The building is organized in two pieces, shaping an L that defines the access square opened to Plana Avenue, being the natural way to the roads that are approaching from the urban center. The access from the square is common to the official buildings and housing, setting up one only entry point. The square is paved and gardened with palm trees.

One of the pieces accommodates the official buildings; the other, more complex, the housing. Both are joined by an exterior vertical communications core, formed by lift and stairs, and working as the access to the high level housing and also as an alternative and emergency way for the official part.

The residential part gives its back to the square, looking for the sun. The familiar houses are organized in the two low levels, two separated lines by an opened access corridor. Each house is disposed as an L, generating a private courtyard to which views and ventilation are directed to, with a southeast orientation". 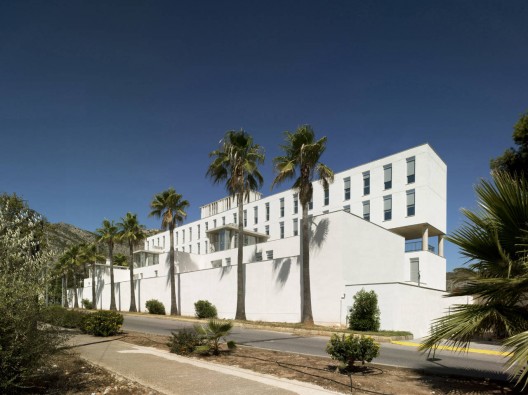 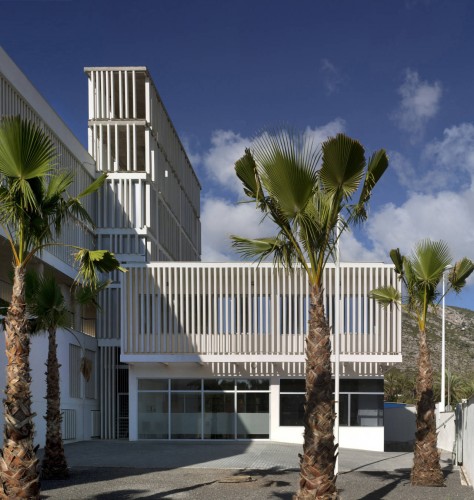 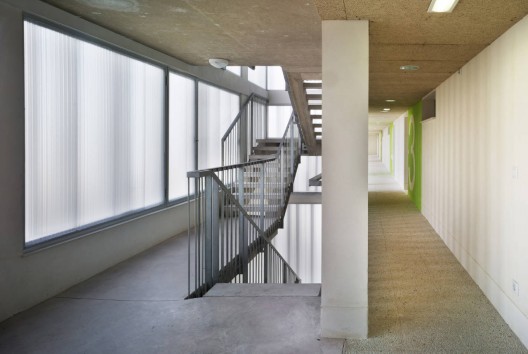 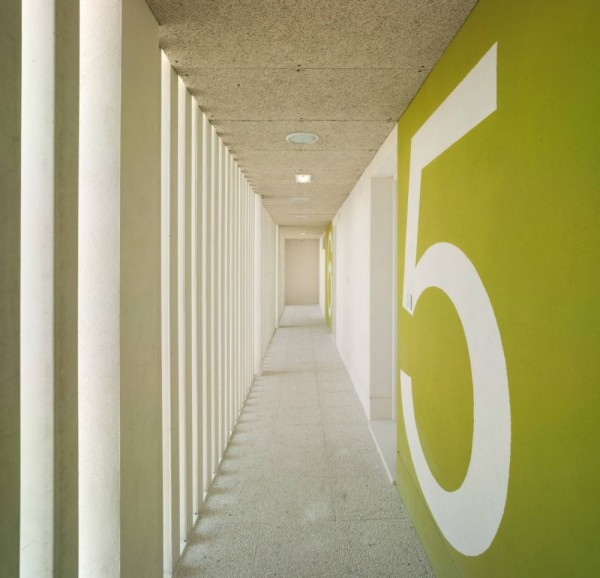