The ‘bad bank’ could help save a large number of companies that suffer from the effects of the stagnation on the real estate market in Spain.

For this reason, nobody in the sector wants to let go of this opportunity and everyone is taking positions to be involved in the new entity in one way or the other. Certainly, the state-backed bank rescue fund, the FROB, does not pay much, but little is better than nothing, given the state of the market. 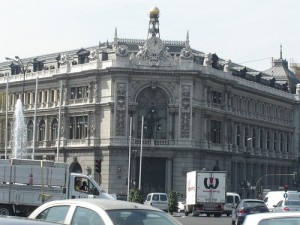 The last ones to have claimed their participation in the new entity are the developers, which are probably among the most affected by the crisis. Their argument is that they are the ones who really know the market and, for that reason, are the best to evaluate the assets that will be transferred to the bad bank.

“The FROB, or whoever will have the mandate over these assets, must increase the management capacity and for that reason, it must take help from the sector,” said José Manuel Galindo, head of the Association for Developers and Constructors in Spain (APCE).

The real estate assesors also want to participate. The main companies in this sector, such as Tinsa, Sociadad de Tasación and Valmesa, aspire to get hired to assess the assets of the nationalized entities –in principle, only these entities- that will be transferred into the new instrument.

However, some of these companies may end up in a conflict of interest, such as Tinsa, which bought Tasamadrid from Bankia for €8m, the Spanish bank that was nationalized this spring. The long-term relations between financial entities and real estate assessors are a clear disadvantage when it comes to their eventual participation in the new bad bank.

The major international brokers are also in the line, such as CB Richard Ellis, Knight Frank and Jones Lang Lasalle, which have extensive international experience to present as part of their candidacies and to use in order to help save a dying business in Spain.