The number of home loans granted by banks in November of last year fell for the 31st month in a row, with the pace of the decline accelerating, according to figures released Monday by the National Statistics Institute (INE). 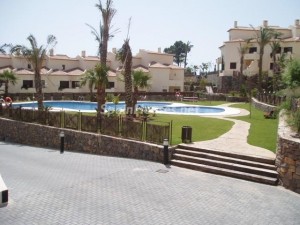 The INE said the number of mortgages awarded dropped 31.6 percent in the penultimate month of last year to only 19,115. That was just above the lowest figure ever recorded, which was the previous month when they declined 14.4 percent to 19,105.

The average mortgage granted in November dropped 4 percent from a year earlier to 105,216 euros.

In the first 11 months of the year, the number of home loans awarded by banks fell 33.1 percent from the same period a year earlier, while the total amount of credit granted declined 38.5 percent.

With over a quarter of the population out of work, demand for mortgages has been muted, while credit conditions have tightened significantly. According to Public Works Ministry figures, house prices have fallen by 27.1 percent from their peaks at the start of 2008 when a decade-long property boom started to unravel. However, the falls have been insufficient to run down a huge pile of unsold housing built up during the boom.

Tax incentives to buy the family home have also been removed as a result of the government’s austerity drive.