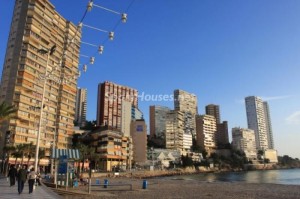 Now the Ley de Costas has been reformed, extending concessions from 30 years to 75 years and making it legal to buy and sell concessions that before could only be inherited. As a result, concessions are now much more valuable.

The market has already reacted. The new law also makes it possible to refurbish homes in the ‘zone of special protection’ close to the seafront, though new building and extensions are still forbidden.

So owners of homes on the prime land closest to the seafront, some of the most sought after locations in Spain, can now invest in upgrading their properties, which before they were forbidden from doing as only minor repairs were allowed. Better, refurbished homes should mean higher prices and a more attractive coastline.

The changes to the law have passed onto the statute book, but some autonomous regional governments, such as Andalucia, Asturias, the Canaries, Catalonia and the Basque Country, have announced plans to challenge it in the Constitutional Court on the grounds that it infringes on their powers over town planning.

However, many believe that the changes do not go far enough and the law should have been scrapped and replaced. They point out that it in its previous form it failed to protect the coast whilst causing anguish for many private owners whilst powerful developers have got away with flouting the law.

However, the reforms mean that 154,000 homes on the coast are now protected, 3,400 homes get an amnesty and won't be demolished and 24,000 get a stay of execution with right of use concessions extended to 75 years. Also some 125,000 properties can get building licences, though not to increase size, height or surface areas.