British tax residents with second or holiday homes in Spain are being urged by the UK tax authority, HM Revenue & Customs (HMRC), to “come clean” about any unpaid tax or capital gains, despite the deadline to avoid increased penalties for not doing so having passed last Friday. 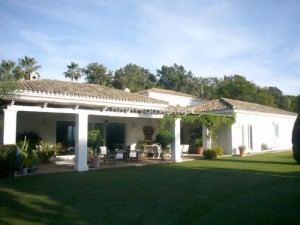 HMRC’s Property Sales Campaign is targeting those selling homes in the UK or overseas, where capital gains tax should be paid on any profits made. Property owners had until 9th August to declare any unpaid tax on property sales and have until 6th September to pay the tax owed.

The Revenue is warning those who have sold holiday homes in Spain, and elsewhere, that a failure to report accurately could mean they face tax investigations, plus fines and interest could be added to the pending tax bill.
“It is better to come to us before we come to you. After 6th September, HMRC will use information it holds about property sales, in the UK and abroad, to identify people who have not paid what they owe. Penalties – or even criminal prosecution – could follow,” asserts Marian Wilson, Head of HMRC Campaigns.

Another Revenue spokesman tells this newspaper: “The way the system is set up is that those who voluntarily disclose the information, even though the deadline has gone, are likely to be treated more favourably. This campaign is a chance for British taxpayers to come clean about any taxable rental income or capital gains from selling a property overseas.”

Extra inspectors have been recruited by HMRC to collate evidence about second home sales both in the UK and abroad; and that “levels of exchangeable financial information between institutions and different authorities are now extremely well advanced.”

Once the campaign disclosure period closes, the Revenue will compare property disposal data with people’s tax records to establish whether they have told HMRC about the sale or disposal of second and holiday homes.

Those who feel they might be affected by The Property Sales Campaign should call HMRC as soon as possible on +44 845 601 8819.