Thousands of non-European Union high-net-worth individuals are expected soon to invest in luxury Spanish properties, in return for being granted permanent residency in Spain, according to international real estate experts. 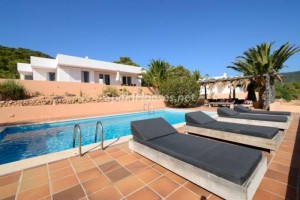 In a bid to revitalise the property sector, and therefore the wider economy, the Spanish government announced last October that those who invest more than 500,000 euros in real estate will be allowed to stay indefinitely in Spain, and therefore the entire Schengen Area, which consists of a group of 26 European countries.

“The law is due to be passed any day, but it is now more likely to come into force in September, after the summer break. We will not know the exact process until the law is enacted but it is expected to be an administrative one involving checking the applicant has all of the necessary documentation.” Explains Alex Vaughan, a partner at an estate agency specialising in high-end properties.

Interest in this initiative has already been strong, with Alex telling that his firm alone has more than 200 direct clients who have said they intend to buy once the law is passed.

The law is interesting because it provides a hassle-free, relatively cheap solution to non-EU clients who want to get European residency and travel rights for themselves and their families - it will allow investors to move freely across the Schengen zone.

Naturally, it is expected that the areas of the country, such as Madrid, Barcelona, Ibiza and Mallorca, which have traditionally attracted high-end buyers will be those most likely to do well from this government initiative.

With this theory in mind, in southern Spain, it is probable that Marbella, which has been synonymous with a jet-set lifestyle since the 1960s, will receive a boost to its real estate sector.