The construction sector in Spain in general may still appear to be in a coma, but in Marbella there are further signs of activity in the property market. At least, that appears to be the case according to information from the Town Planning Department, where the number of new building licences granted in the first six months of this year was double that in the same period in 2012. Until June, 123 licences were issued, whereas last year the figure was 64. 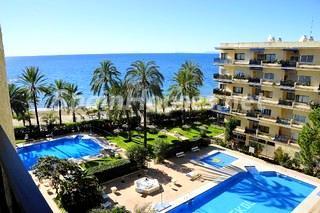 The councillor for Town Planning, Pablo Moro, is convinced that this data reflects the fact that the construction sector in the town is beginning to reactivate. “This shows that there is more activity in terms of new building in Marbella and the town continues to be a focus of attention for many investors who now have confidence in it again”, he says.

Although the figures are light years away from those registered before the bursting of the property bubble, the rhythm of growth in applications for new projects does invite optimism and, for some people, it is beginning to dispel doubts about whether the town would, after all, be one of the first in Andalucía to show signs of economic recovery.

The reactivation of the project to enlarge La Bajadilla port by Sheikh Al-thani’s company, the commencement of the boulevard park in San Pedro Alcántara and the start of the process to move La Ermita industrial estate are, today, “the major commitments to the future” in Marbella. These are projects which, say the council, “demonstrate that the town is continuing to grow in terms of town planning security”, and this is something that opens the door to private investment.

With the current rate of activity, it is almost certain that 2013 will end with a figure which is much higher than that of 2012 in terms of the amount of newly built housing in the town. Last year permission was given for 312 properties, compared with 147 in the previous year.

Another figure to bear in mind is the rise in the number of first occupation licences, which last year increased by 20 per cent to 993 properties with an execution value of more than 138 million euros. With regard to permits for minor works, there was a 10 per cent increase, with 2,218 cases and a declared budget of 23 million euros.

Another example of the economic boost in the town is that as many as 20 strategic private investment projects have been declared of public interest. The latest of these is an initiative by the Grupo Peñarroya to develop a tourism complex on 350 hectares of land in Las Chapas area.

The council has also announced that it is working on new formulae, specifically in the form of cooperatives, for the construction of new car parks for residents.

However, the economic situation is not helping to increase the construction of new social housing, which fell by 52 per cent last year. Marbella council has completed 37 low-priced properties in San Pedro Alcántara and in 2011 it built 70 in Nueva Andalucía. A few months ago, the Town Hall withdrew the requirement that anybody who wants to be put on the waiting list for this type of property must have been on the municipal population register for three years.
Making it easier to build top of the range property

Several councils on the western Costa del Sol have decided to take measures to try to reactivate the construction sector as quickly as posssible. The business that generates top of the range properties - those with a value of more than one million euros - in the so-called Golden Triangle (Marbella-Estepona-Benahavís) has managed to avoid the effects of the crisis in recent years, so the councils have decided to facilitate the execution of these projects.

The idea is to streamline the applications for building and first occupation licences, and this is reflected in an agreement which they have signed with the Asociación de Empresarios para la Vivienda de Alta Calidad (DOM3). The aim is to boost the sector by eliminating bureaucratic obstacles and opening the way for new investors.

Foreign citizens (mainly from the Middle East or Russia), aged over 50 and with a very high purchasing power, tend to be the buyers of top of the range properties in Marbella, a sector that in 2011 had a turnover of 250 million euros.

There is also another aspect to the agreement reached between Marbella, Estepona and Benahavís councils and the businesses that build luxury houses. The Town Halls are to organise courses in the specialist skills which are needed when carrying out a high quality construction project.

Professionals in this sector say that when they are contracting staff it is very difficult to find people with the necessary specialised skills, especially in working with marble, carpentry and automation, which are essential when carrying out a top quality project.