Foreign buyers are more important than ever for the Spanish property market as it continued to shrink in the second quarter of 2013. 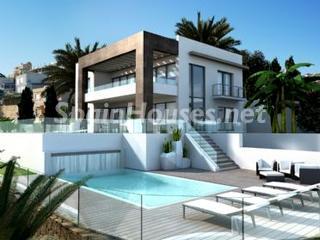 Data from the Spanish department of housing shows that home sales fell by 4.2% compared with the second quarter of 2012, but they were up on the previous quarter.

The data shows that it is foreign buyers who are keeping the property market propped up, especially in popular coastal areas where foreigners tend to buy second homes. Overall purchases by foreign buyers increased by 29% over 12 months and 49% quarter on quarter.

Alicante leads the way in terms of number of sales to foreign buyers, with 4,001 recorded in the 12 month period, followed by Malaga with 2,028 sales and the Canaries with 1,600.

The figures back up evidence from estate agents who say they have seen an increase in the number of foreigners buying property since the start of the year.

The number of foreign buyers is set to continue going up, especially from non European Union countries as a new bill to give non EU buyers who spend more than €500,000 on a property a residency visa is set to come into force next month after a draft was approved by the Spanish Senate last week.

The measure is expected to be retroactive, so non EU nationals who spend more than €500,000 on Spanish property today will be able to get a residency permit when the law comes in.

The draft law aimed at encouraging foreign entrepreneurs to invest in Spain, known as the Proyecto de Ley de apoyo a los emprendedores y su internacionalización, now goes back to the Congress of Deputies for final approval, after which it will be sent to the King for signing into law, and publication in the official state gazette (BOE). The law will enter into force the day it is published in the BOE.