The Catalan government has approved a draft bill on taxing financial institutions in the region for leaving housing they own empty for more than two years. 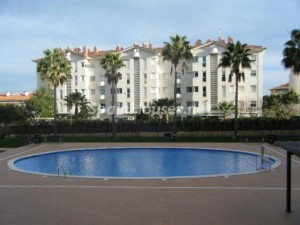 The bill will be sent to the regional assembly for approval before the summer and will take effect from the start of next year. The levy will range from 850 to 1,650 euros a year per house and will affect 15,000 housing units in 70 municipalities in the region.

One of the first measures that the ruling center-right nationalist CiU group - led by regional premier Artur Mas - took on attaining power was to strike down a law introduced by the previous Socialist-led coalition that forced banks to rent empty homes. In the wake of a spate of home evictions, pressure groups demanded that Mas restore that law.

The regional administration, known as the Generalitat, calculates that there are some 40,000 empty houses held by the banks in the region and by asset management corporations belonging to Sareb, the so-called bad bank set up by the central government to absorb the toxic real estate assets of nationalized lenders. The levy will be imposed on 15,000 of these in municipalities where the regional government has detected "strong demand" for housing.