The expansive roof of this seaside house in Cádiz, Spain, by Alberto Campo Baeza stretches out towards the shoreline like a flattened extension of the rugged terrain. 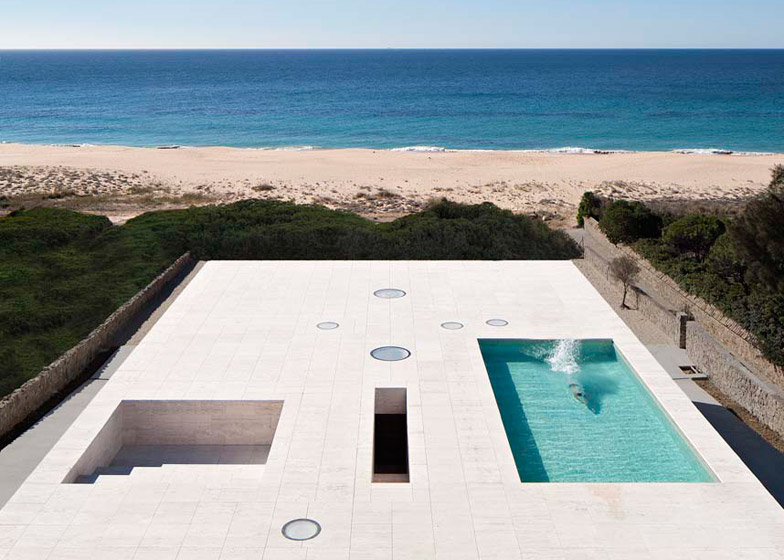 VT House, also known as "house of the infinite", was conceived by Spanish architect Alberto Campo Baeza first and foremost as a piece of landscape architecture, with its architectural elements sunken underneath.

"We have erected a house as if it were a jetty facing out to sea," said the architect. "On this resoundingly horizontal plane, bare and denuded, we face out to the distant horizon."

The building comprises a bulky rectangular box, 20 metres wide and 36 metres deep, although the extensive upper terrace gives the impression that the structure is much larger.

Two storeys are housed beneath the rooftop plane. The front half of these floors emerges from the terrain to meet the beach, while the rear half was created by excavating 12 metres into the rock.

The entire structure was built from travertine stone, which Campo Baeza describes as a reference to Cádiz's Roman heritage. 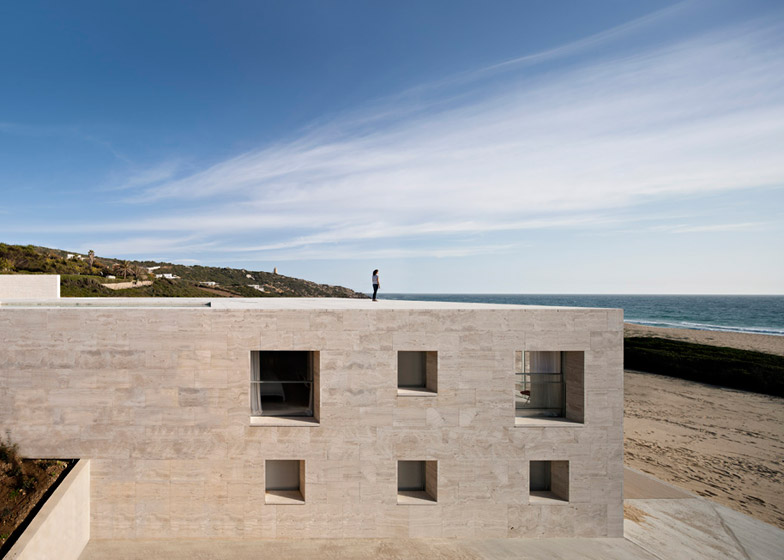 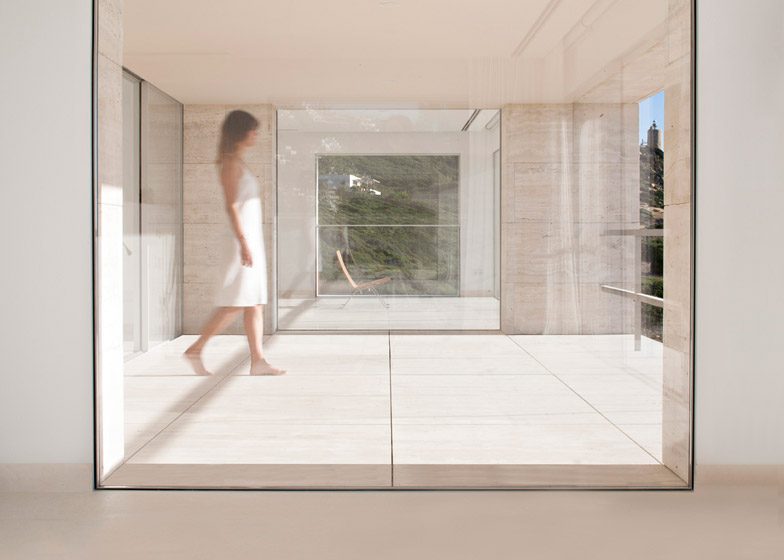 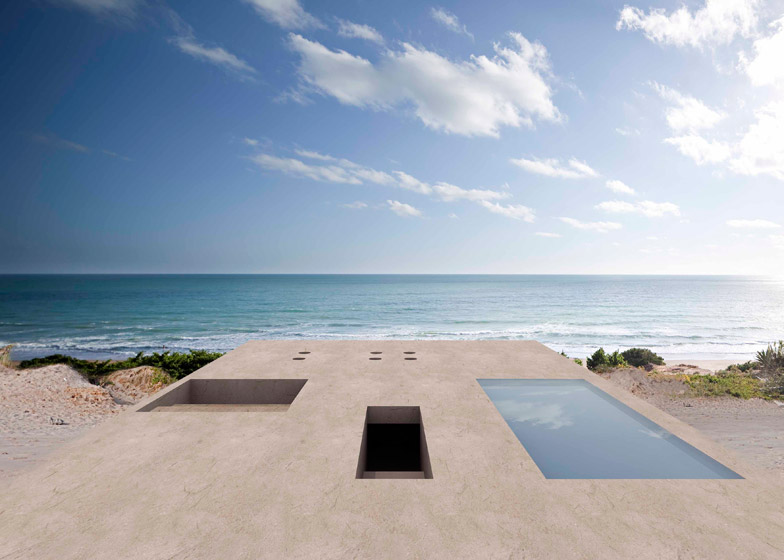 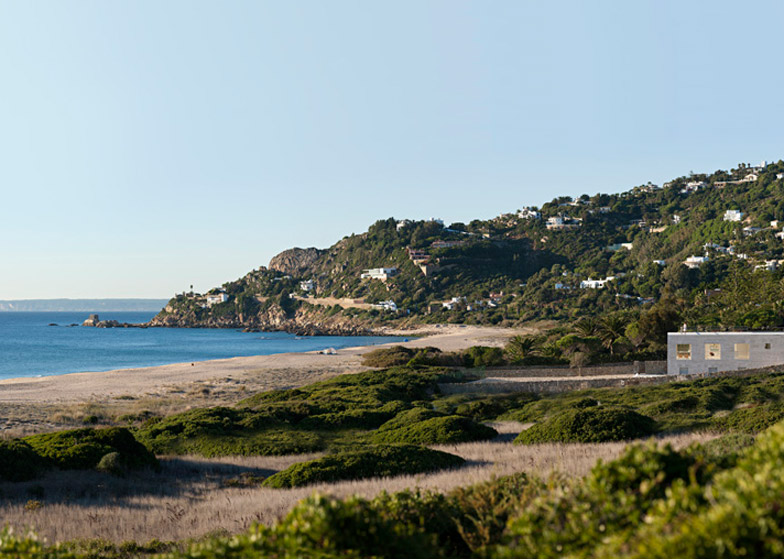 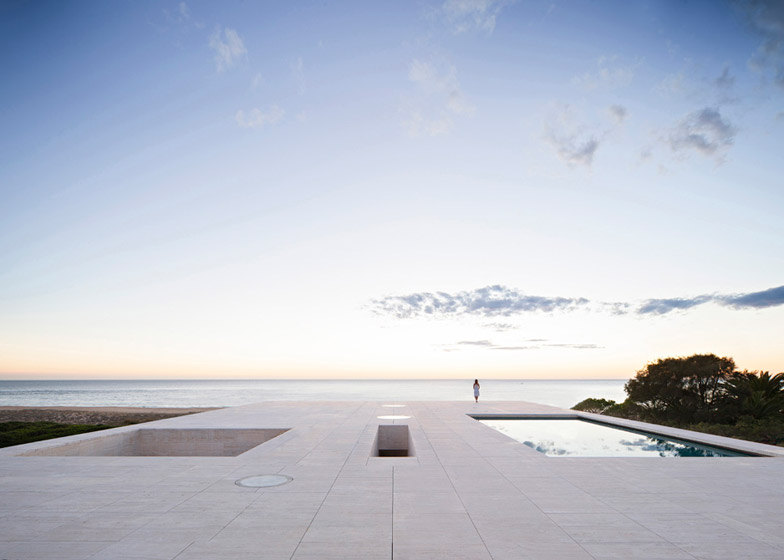 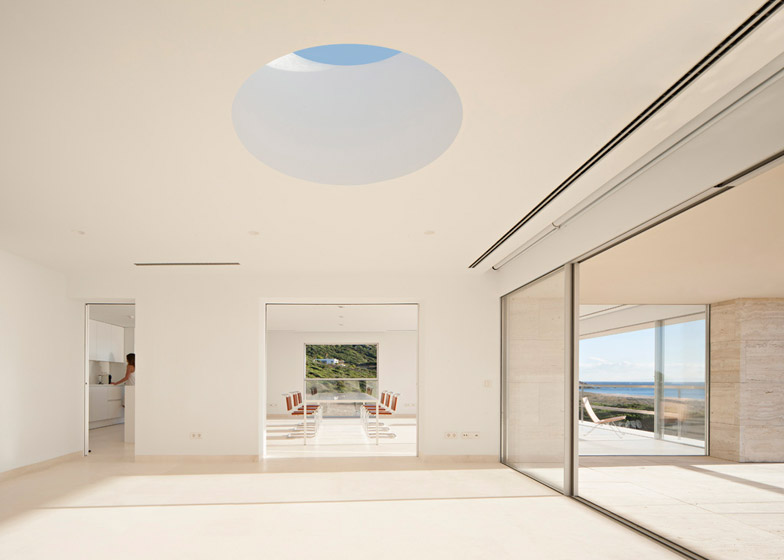 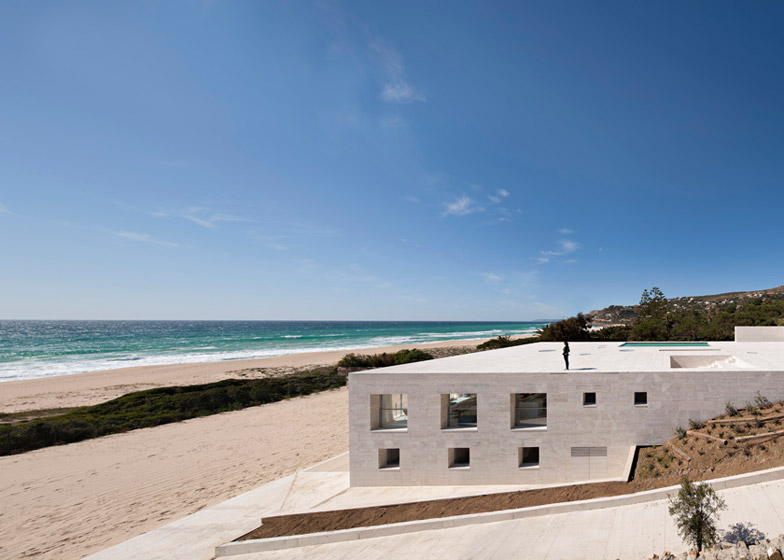 4 thoughts on “House of the Infinite by Alberto Campo Baeza, Cádiz”