Property sales in Spain increased by 12.6% in May compared with the previous month, with the Balearics seeing the biggest increases, according to the latest data from the National Statistics Office. 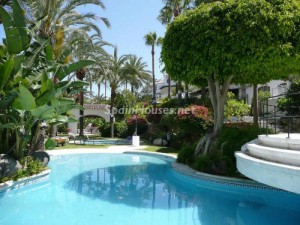 The data also shows that new home sales were down 8% from a year earlier and second hand homes up by 16% which could be good news for those who have been unable to sell.

Meanwhile, the latest figures from the General Council of Notaires shows a sharp rise in the number of Chinese buyers in Spain, suggesting that they are responding to the golden visa rules which grant citizenship to non European Union nationals who invest a minimum of €500,000 in real estate.

Looking at non-resident demand for Spanish property in the first quarter of this year broken down by nationality, and comparing it to the same time last year, Chinese demand increased by 666%.

The next best performer in terms of non-resident demand growth since the Spanish Golden Visa scheme came into force last year was the United States with an increase of 143%.

The only other country with an increase of more than 100% was Argentina, up 115% to 28 sales, once again starting from a very low base.

Big increases in purchases by non-residents from countries outside the EU are likely to be driven by golden visa buyers.