The building is designed as three volumes; the large base holds the upper two prismatic glass towers. The base contains the core shared areas, encourages horizontal circulation and connects to the outside. 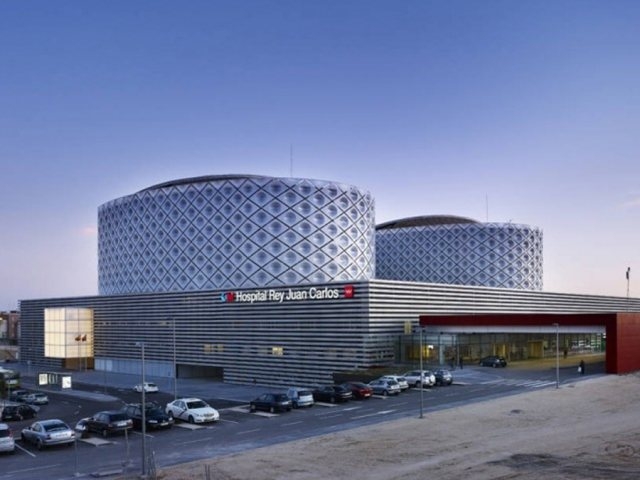 A large emphasis was placed on green spaces, technology and renewable energy when designing the building. A green roof garden can be seen from each room and encourages natural light and ventilation. The intelligent façade system is composed of circular windows that puncture the exterior, offering plenty of light and promoting a different external aesthetic for future hospital typologies.

'We propose to transform the citizen into a customer for a new type of hospital', De La-Hoz says. 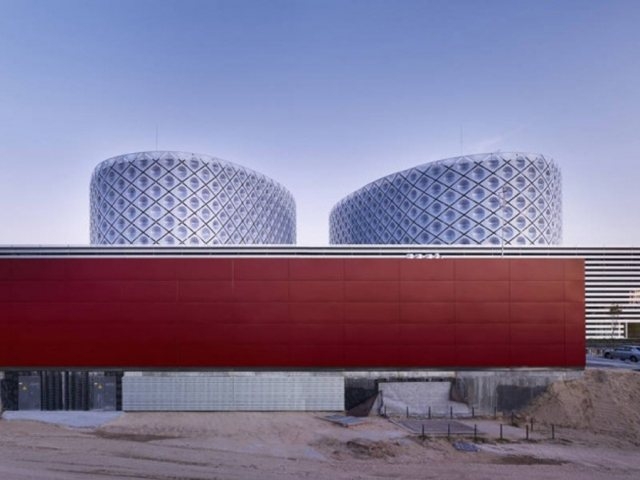 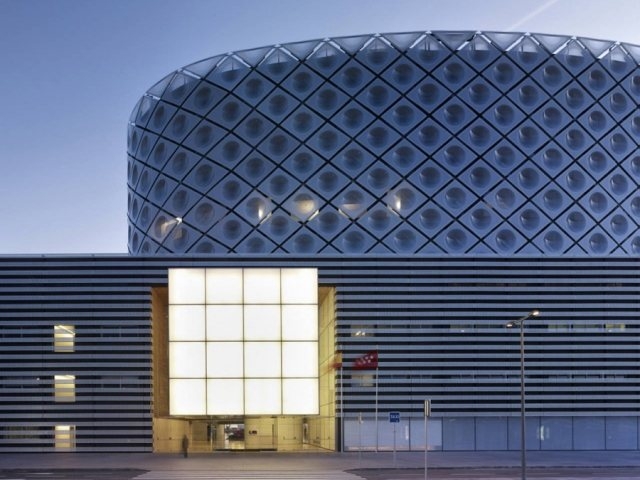 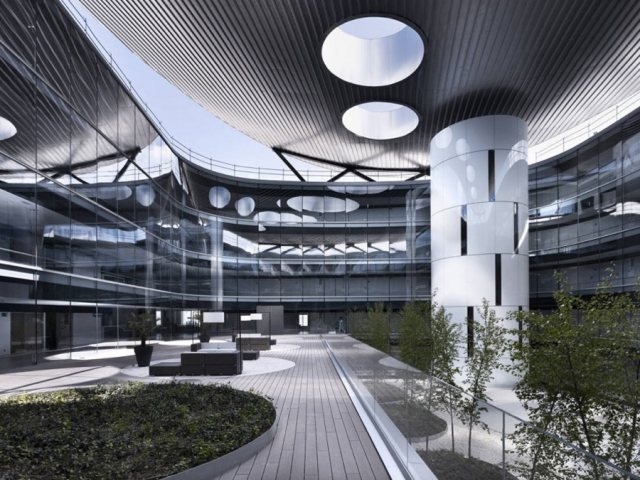 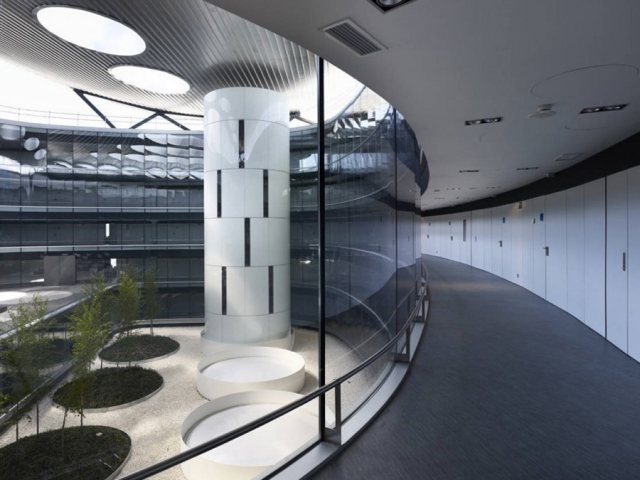 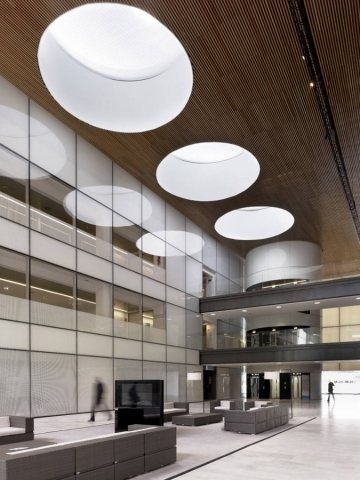 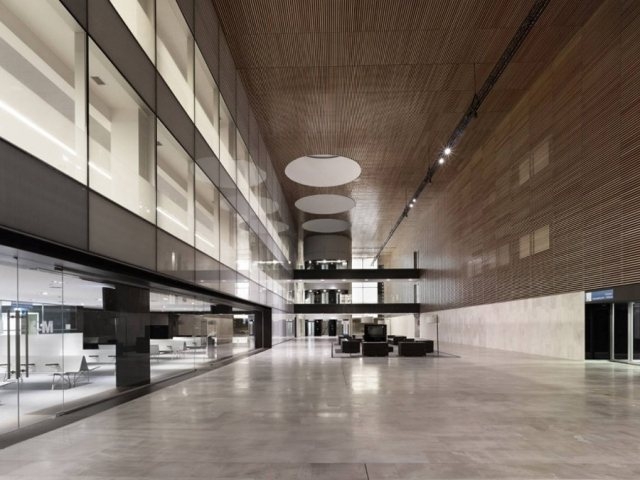 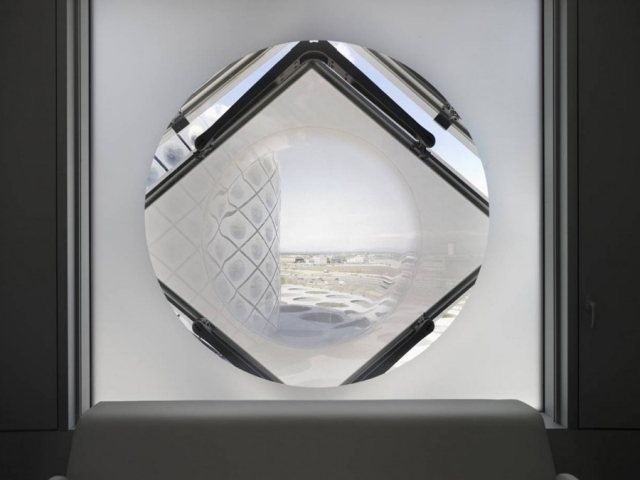