Home sales in Spain increased again on an annual basis in September after dipping in August, according to the latest figures from the National Institute of Statistics.

Sales went up 13% in September and excluding social housing, there were 24,096 sales registered, the highest level in four years and 14% up on a monthly basis. 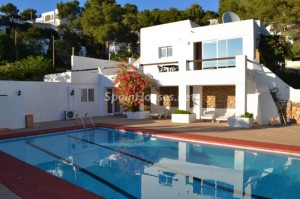 In the 12 months to the end of September there were 216,682 sales inscribed in the register, almost identical to the same period last year.

This year is clearly an improvement on last year, excluding the first two months of the year when figures were artificially distorted by tax changes.

The data also shows that the difference between resales and newly built properties continues to widen, though sales of both types increased in September, with resales up 17% and new builds up 10.5%.

A breakdown of the figures on a regional basis show that the province of Malaga, which includes the Costa del Sol, along with the Balearic islands have seen sales rise close to 15% this year.

The Canaries, and Alicante, home to the Costa Blanca, another area that attracts a lot of overseas buyers, have also been showing strong gains. Coastal provinces where foreigners tend to buy are doing much better than provinces in the interior, which rely more on local demand.

Meanwhile, figures from the Spanish Consumer Price Index shows that the average price for long term rentals in Spain fell by 0.7% in October compared to the same month in 2013.

This means rental prices have been falling for 19 months in a row and it is sharper than the general CPI which is down 0.1%.

Overall rental prices went down by 0.1% on a monthly basis regionally the monthly rate for long term rentals fell in 15 autonomous regions. Asturias was the only region where it rose, up 0.1% and prices remained static in Catalonia.

Andalucia and Extremadura both saw a 0.8% fall and prices dropped by 0.7% in the Canaries, 0.6% in Aragón, Cantabria, and Castilla y León, 0.4% in the Basque Country and 0.2% in the Balearics and Galicia.