Residential tourism on the Costa del Sol is recovering from the crisis which hit after the real estate bubble burst in 2008. The increase in sales of properties to foreign buyers is now a fact. Figures for the first six months of this year show that the number of transactions carried out by non residents has exceeded those in 2007, the year before the property market went 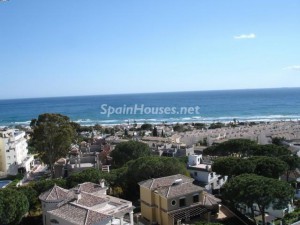 into depression. The president of the Costa del Sol Tourist Board, Elías Bendodo, and José Prado of the Association of Constructors and Developers of Malaga, report that between January and June 4,739 properties in the province were bought by foreigners. This is considerably higher than the 3,506 in the first half of 2007 and is even 45 per cent higher than in the same period of last year.

One result of the positive news is that the Tourist Board and Constructors’ Association are continuing with their ‘Living Costa del Sol’ project which aims to reduce the stock of unsold housing in the area, as it is believed to have contributed to the positive figures.

After Alicante, Malaga is the province in Spain with the highest number of property sales to foreigners.

The British market is particularly strong, as is the Scandinavian market, but it is unlikely that there will be a recovery in demand by Spanish buyers in the short term and that is why estate agencies on the Costa del Sol tend to look abroad for purchasers these days.

The Russian market, which was booming, has slowed down at present as a consequence of Vladimir Putin’s decision to veto certain products from Europe and prevent Russians from taking capital out of the country.