The Andalusian government has decided to prolong the approval of the Protection Plan for the Coastal Corridor of Andalucía for a further six months. This means more uncertainty for a large number of projects along the coast in Malaga province, which had been suspended as a preventive measure while the Coastal Plan was pending. The delay affects the plans for more than 2,000 properties, not including the 3,157 which Torrox council announced will not be affected by the plan because that is what they were told by representatives of the regional government’s Environmental Department at a meeting some weeks ago. 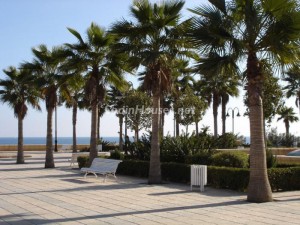 With this exception in Torrox, which still has to be officially confirmed by the Junta, the future of 2,129 homes is uncertain. More than half of these, 1,052 to be specific, are projects which had been planned in Estepona along a 500-metre stretch of land close to the beach. Under the initial Coastal Plan, construction of new properties on this site was banned on the basis that the land is environmentally valuable.

In recent weeks, representatives from the regional Environmental and Land Regulation Department have held meetings with some of the municipalities which could be affected by the plan, such as Torrox, and have tried to reassure the mayors and town planners by telling them it was possible that construction might not be banned on their land. However, not all of the local authorities were convinced by this verbal message.

The Junta’s spokesman, Miguel Ángel Vázquez, said this week that the period in which to approve the plan has been extended because of the need to process and resolve “with as much consensus as possible” the 3,547 arguments that have been received against it from councils, professional groups, business associations, union, ecologists and individuals.