The weakened Russian ruble has led to a decrease in the number of Russian buyers of Spanish property. 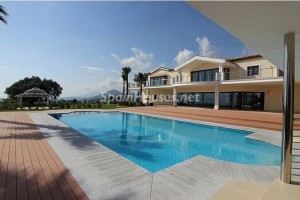 Falling oil prices, the decline in the currency and international sanctions against Russia over the crisis in the Ukraine, have led to Russian buyers turning their backs on Spain.

Ramón Riera, president of FIABCI - a group of 120 property specialists - told to Business Insider that Russians are not buying right now and that they are even getting rid of their Spanish properties.

In 2014, the ruble lost 40 per cent of its value against the euro and the Russian government forecasts that its economy will shrink by 3 per cent in the first quarter of 2015. According to statistics, Russians buying Spanish properties declined last year. In 2013, the Russian market was seen as the potential saving grace for Spanish real estate, with strong sales in many regions to Russian clients as they sought cheap property near the Mediterranean beaches of Spain. The number of Russian tourists was also increasing. However, in 2014, the number of Russian tourists to Spain fell by 10 per cent compared to the previous year, according to data from Spain’s tourism ministry.