The timid recovery of the Spanish real estate market has started to become noticeable in property prices. 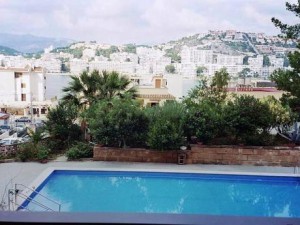 Free-market house prices experienced their first quarterly increase in late 2014, according to figures released by the Public Works Ministry. There had not been an uptick in the market since early 2008.

Prices rose 0.5% in Spain as a whole thanks primarily to a surge in demand for existing homes, which now represent nearly two thirds of sales.

The value of existing homes grew 0.2% from the previous quarter, while the price of new homes retreated 0.1%.

Improved conditions can also be felt in the rise in housing start licenses, which numbered 34,873 in 2014, a 1.7% increase from the previous year that ends a seven-year downward trend.

The Public Works Ministry said the decline in prices that began in 2008 and reached 9.8% in 2012 had “practically come to an end.”

But official numbers show that homes lost 31% of their value during the prolonged economic crisis (or nearly 37% in real terms, after factoring in inflation).

The most expensive city in Spain continues to be the Basque coastal town of San Sebastián, with an average price of €3,117 a square meter.