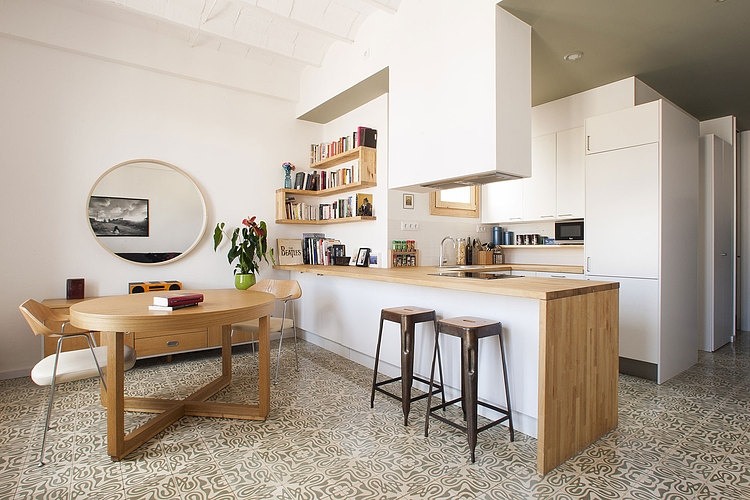 From the architects. This century-old dwelling is located just around the corner from Els Jardinets de Gràcia, in a building with a double façade tipology, one facing a quiet street, the other oriented towards a sunny interior block courtyard. The property’s original features were very well preserved, with the exception of the kitchen and bathroom, which were updated in the 90’s.

The original distribution was very compartmentalized, which generated rooms with very similar measurements. The different zones for each of the daily life activities were therefore not too hierarchical.

The functional program was adjusted to the client’s way of life: an open kitchen to a spacious living room, a bathroom and a washroom for guests, a master bedroom with abundant storage space, and an additional bedroom. 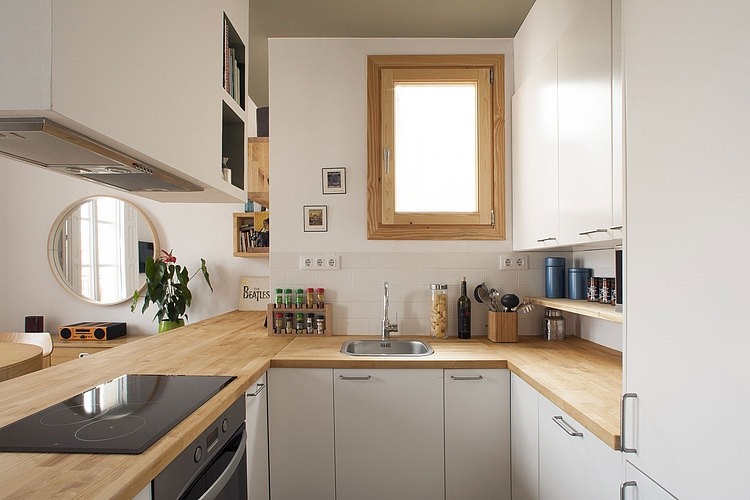 We detected two spaces with a difficult arrangement on a limited area; first, a guest bedroom that should not be compromised by the presence of a double bed, as it also had to be alternately used as a studio, and second the bathroom and washroom for guests, two humid zones with different levels of privacy, but that share a shower. 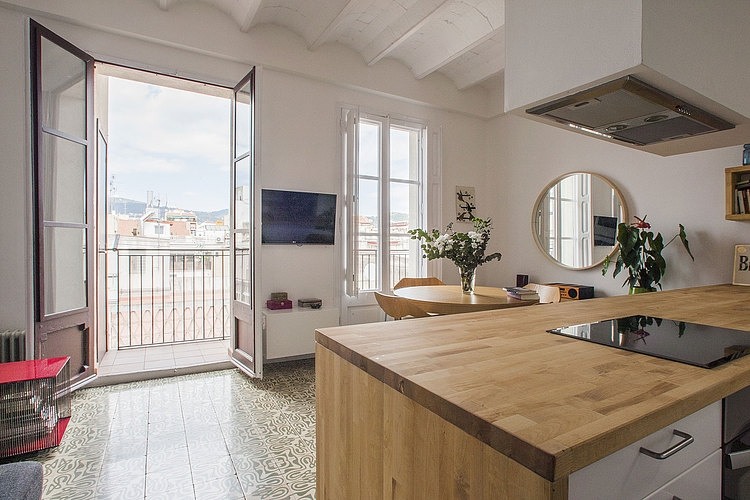 The general intervention consisted on liberating the space to open the kitchen to the living room, and placing the humid areas of the house with the master bedroom over an elevated, wooden platform.

This platform allowed us to hide a rolling bed underneath the master bedroom floor, to be used on the guest bedroom/studio. The clients nicknamed it “the magic bed”. This also solved the relationship between the shower, the washroom, and the master bath, that are easily connected yet effectively differentiated thanks to the change of the floor level. The double façade with double orientation- one with sunlight during the morning, and the other with an ample balcony and sunlight during the afternoon, finally made us decide where to place the day and night zones, which led to organize the remaining areas of the apartment. 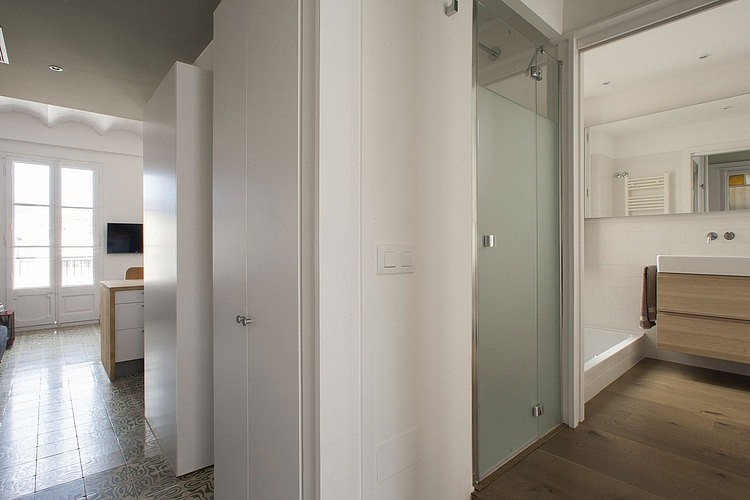 We decided to preserve the original ceiling mouldings in the bedrooms. In the living room, however, we left exposed the original steel beams and ceramic vaults, after making sure they were structurally sound. The new partition walls do not go straight up to the ceiling to allow the preservation of the original mouldings, creating nooks over the closets that hide additional lighting. 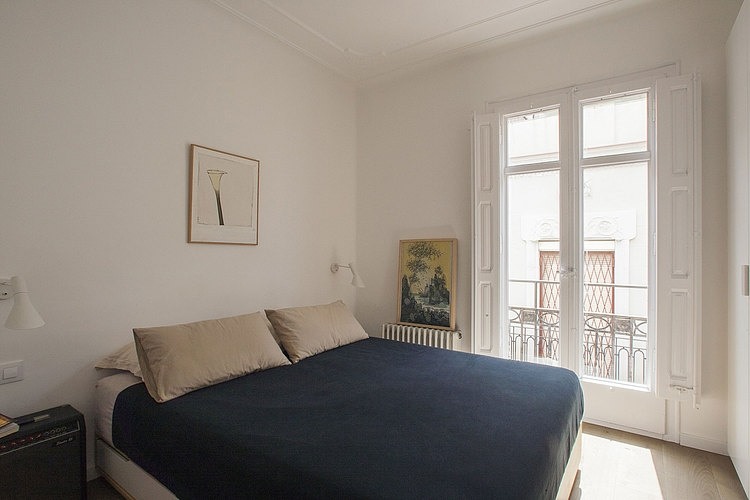 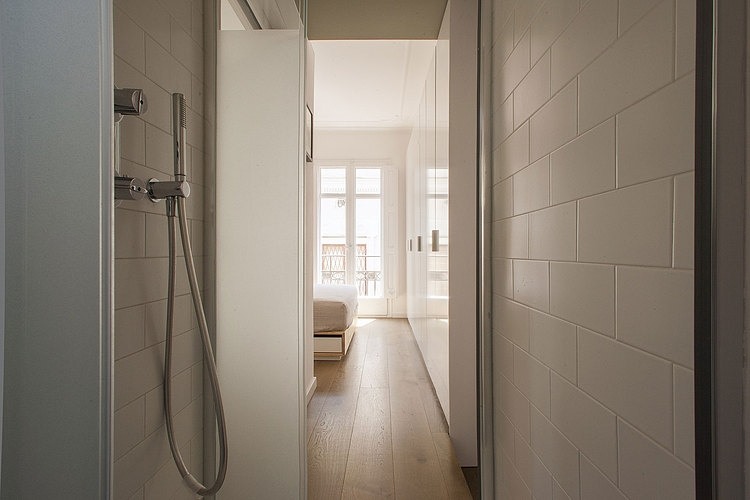 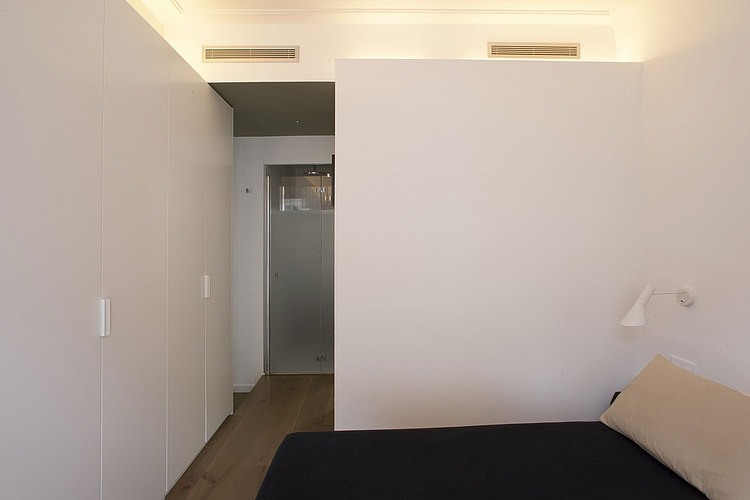 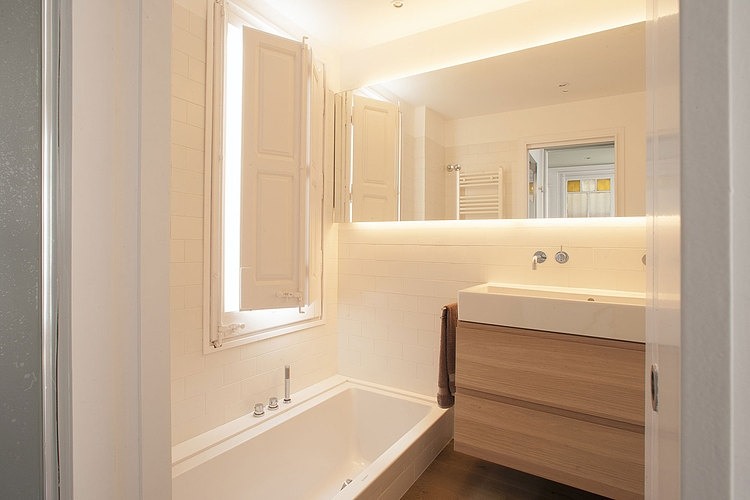 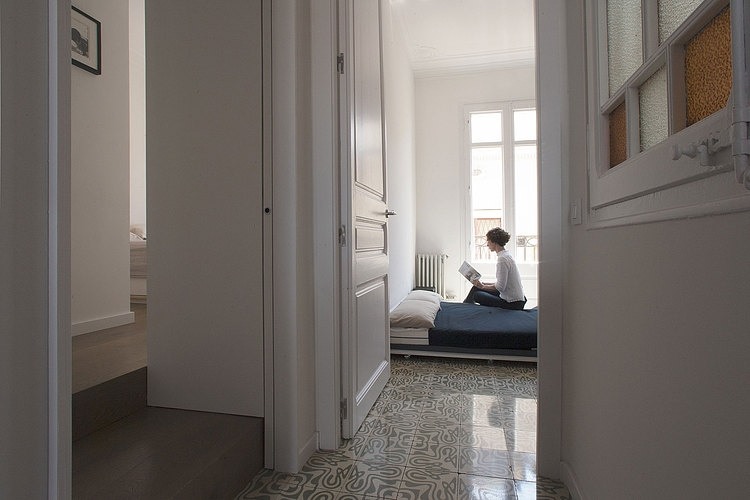 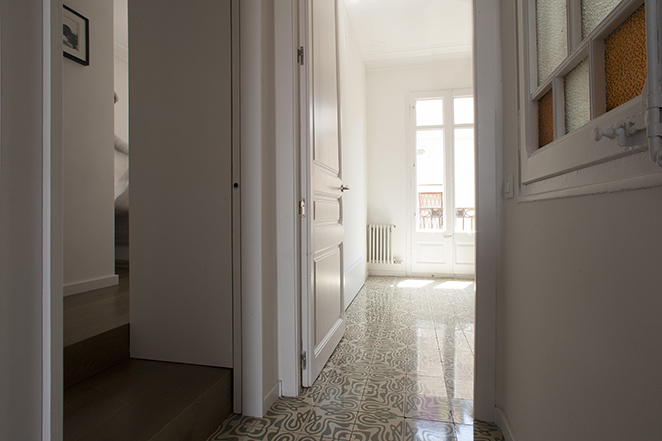