Spain’s Tax Agency is targeting the owners of apartments who placed rental ads last year in a crackdown on unreported income. 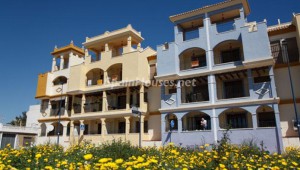 With the 2015 income tax drive now officially underway, taxpayers who use the new online tax filing program, Renta Web, may find the following message on their computer screen:

“According to data in the Tax Agency’s power, you have placed property rental ads in various media, including the internet.”

The note is a reminder that any income from such rentals must be declared, in the same way as income from foreign pension schemes or other foreign assets.

The agency’s management director, Rufino de la Rosa, has not explained how the Tax Agency has obtained rental data.

This is not the first time Spain’s taxman has gone after undeclared income from property rental. In 2012, it conducted checks on homes that had been declared as empty, with many showing high utility consumption.

Nearly half (49.03%) of all home rentals in Spain, some 1.3 million properties, are not declared to the tax authorities. Of these, the vast majority are rented out to third parties, while 367,059 are provided free or for a low rent to a relative.

But fraud is being committed, says the Tax Agency, with officials noting that in 2008, 55% of rentals went undeclared.