Spanish acting Prime Minister Mariano Rajoy has shown his clear opposition to Scotland’s ambition to remain part of the European Union despite the UK’s recent decision to leave. 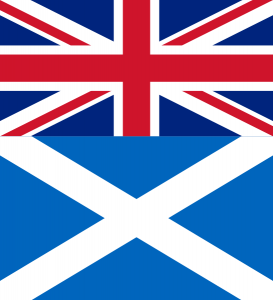 “If the UK goes, Scotland goes,” said Rajoy, speaking in Brussels at a meeting to discuss the effects of Brexit.

While he did not mention Catalonia, the caretaker PM has the northeastern Spanish region clearly in mind, as Scottish membership in the EU would set an example for Catalan separatists.

Rajoy’s Popular Party (PP) and other Spanish mainstream parties opposed to Catalan independence have often used the argument that an independent Catalonia would be automatically kicked out of the EU club.

The Spanish leader, who won a repeat national election on Sunday and is hoping to secure enough support to get himself reinstated for four more years, said he is “radically opposed” to the idea of negotiating Britain’s exit with anyone other than the British government.

“Some people may think it’s a good thing for them to be received here, but the practical effects [of these interviews] are zero,” added Rajoy.

But the Spanish leader did not disclose whether Spain would veto a hypothetical membership application by an independent Scotland, alleging that he would rather not get ahead of himself.

Unlike other European leaders such as France’s François Hollande, who has pressured to accelerate Britain’s departure from the EU, Rajoy has asked for the process to take place “with maximum calm, serenity and predictability.”

It is not for nothing. Spain is one of the countries that stands to lose the most from Brexit, since there is a community of around 400,000 British expats in Spain, and nearly 200,000 Spaniards living in the UK. Nearly a fourth of all tourism to Spain comes from the British isles; Britain is the first destination for Spanish foreign investment, and Spain has a trade surplus with Britain.