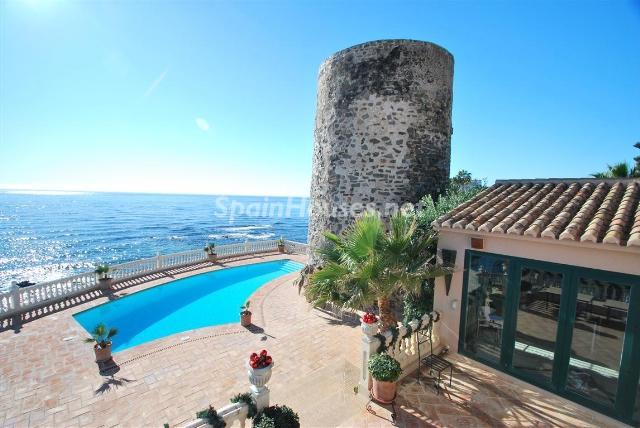 This week we show you a special house in the village Calahonda, Málaga. The house was built in 1968 and in the plot there was the famous tower called "Torre de Calahonda" with a high of 10.7 metres.

This tower was built in 1575, it served as part of a defense chain of watch towers protecting against potential pirate attacks. The line of watch towers stretches from the Andalusian coast all the way to Cadiz. Surrounded by crew houses at that time, the towers were well-supplied with necessities and were well looked after by the crews residing close to the towers. Therefore some of the towers still stand to this very day. 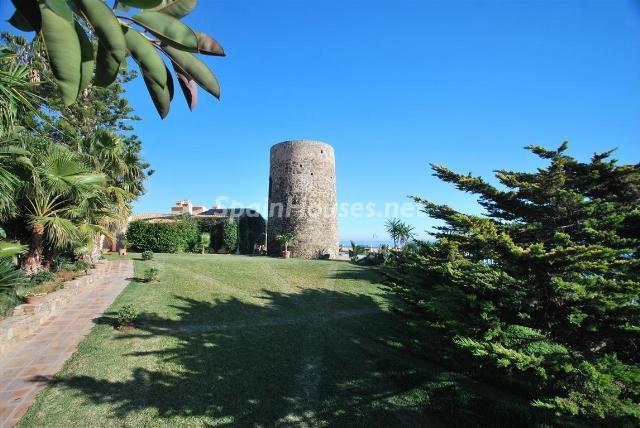 This tower, being a listed building, gives a certain flair, to the property initially built as a holiday home by the Spanish nobleman Enrique de la Mata, minister and president of the International Red Cross (1981 -87). The Spanish king Juan Carlos attended to a party, thrown in his honor by his minister, at this very property. The king made a remarkable entry by yacht through the sea, anchoring close to the property to then be rowed ashore in a smaller boat. 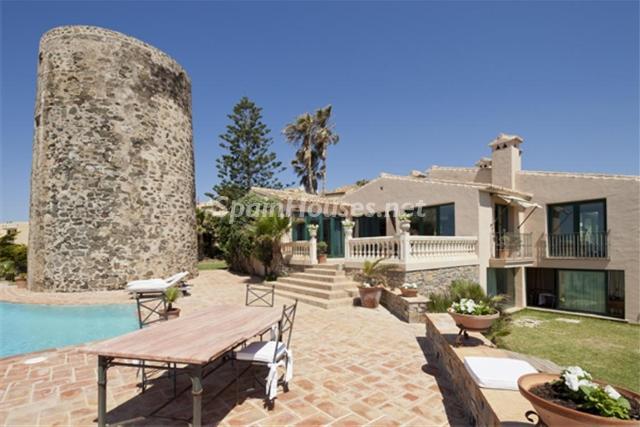 The plot has 2. 475 m2 and the built area is 370 m2. The whole property is protected by high walls and a long front-line balustrade of 103 metres. There are 5 bedrooms, 3 bathrooms, external hot shower on the patio, guest toilet, play- and TV- room, living room with fireplace, laundry, large, fully furnished kitchen, salt-water swimming pool, paddle-tennis court, pavilion which could be converted into a guest house with 1 bedroom and 1 bathroom. 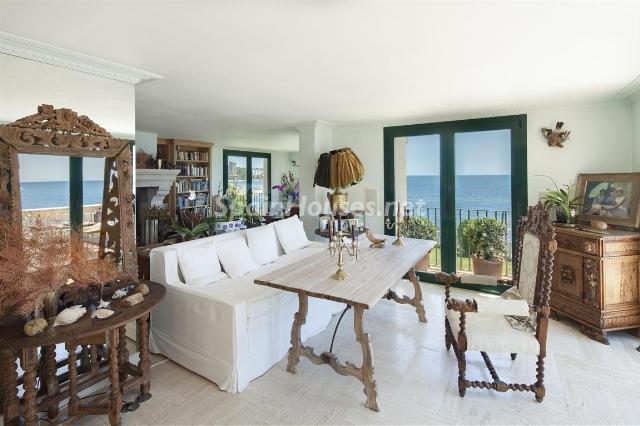 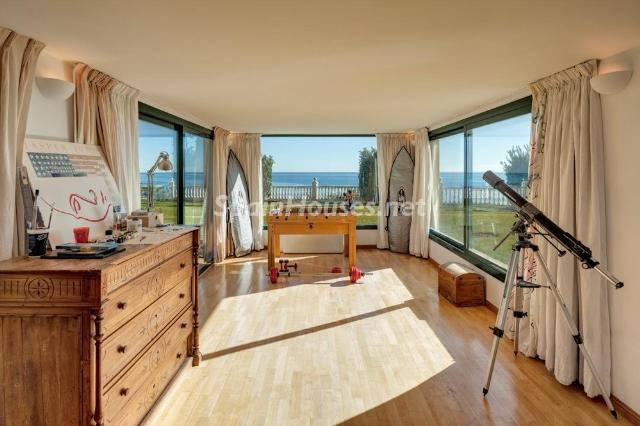 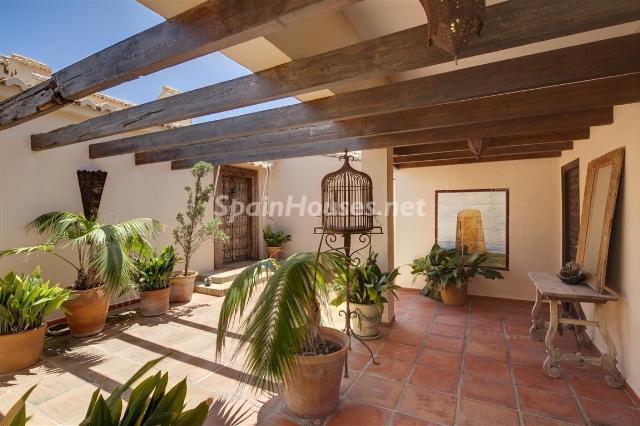 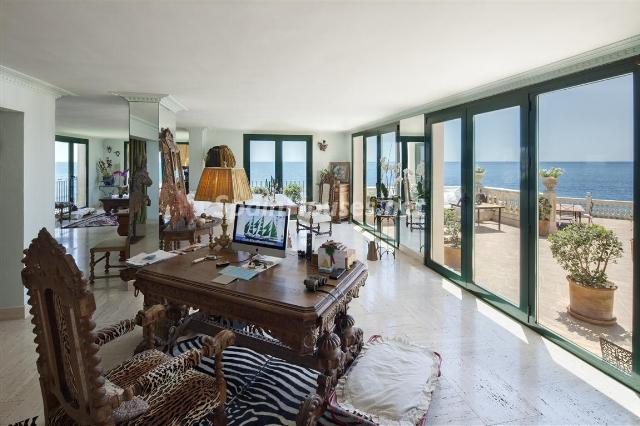