This four-bedroom house in rural Valencia was given to its newest owner after winning a raffle. 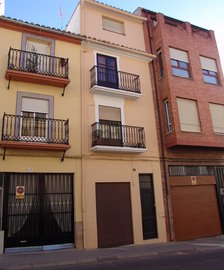 When the previous owners, the Bolumar family, first wanted to sell the house they had inherited two years ago in Segorbe, a town of 9,300, they tried to do it the traditional way, listing it for €90,000. But the struggling Spanish housing market yielded few potential buyers.

The family began considering other ways to sell. Most ideas were dismissed quickly, save one. “Raffling it off seemed interesting – people would have the chance to acquire a home for a low cost and we would still end up covering the cost,” Bolumar said.

From there began a year-long project, with the family wrestling their way through seemingly endless amounts of red tape to obtain authorisation from the country’s tax authorities to be the first in Spain to raffle off a house.

The €10 tickets, sold from a kiosk in Valencia as well as online, offered the chance to win the 141 sq metre home, no strings attached.
END_OF_DOCUMENT_TOKEN_TO_BE_REPLACED