Some five years after the bursting of Spain’s massive property bubble, the casualty list of companies and individuals that have fallen victim to what former US Federal Reserve Chairman Alan Greenspan termed “irrational exuberance,” in this case for bricks and mortar, continues to swell. 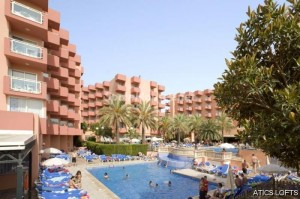 Real estate firm Reyal Urbis on Tuesday told the National Securities Commission (CNMV) that it was calling in the receivers after failing to reach an agreement with its creditors to refinance 3.6 billion euros in debt in what is the second-biggest failure in Spanish corporate history. The biggest collapse was also a property company: Martinsa Fadesa, which eventually managed to escape being wound down after reaching an accord with its bankers to pay back 7.2 billion euros in liabilities over 10 years.

In a later statement to the CNMV, Reyal Urbis said it remained in talks with its creditors to find a solution to its financial problems. It said that the solution would revolve around setting up a subsidiary to which practically all of its assets and liabilities would be transferred. The option also remains open to creditors of canceling loans granted to the group in exchange for property assets, an arrangement known as dation in payment.

The CNMV suspended trading in Reyal Urbis shares, which closed Monday at 0.1240 euros, giving it a market capitalization of a mere 36.2 million euros.

Reyal Urbis’ creditors include the asset-management firm Sareb, the so-called bad bank set up by the government to absorb the toxic property assets of the country’s banks, an arrangement that may also help out the sclerotic real estate sector.
END_OF_DOCUMENT_TOKEN_TO_BE_REPLACED