"The Federal Housing Finance Agency failed to adequately oversee billions of dollars’ worth of settlements between mortgage giants Fannie Mae and Freddie Mac and Bank of America, a government watchdog said. 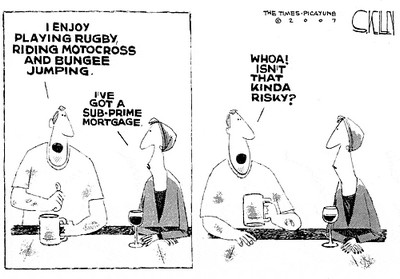 Fannie and Freddie have purchased millions of dollars’ worth of mortgages from banks, including Bank of America. The deals require that lenders repurchase mortgages that do not meet strict underwriting requirements, such as the likelihood a borrower will repay the mortgage amount.

But during the housing boom, lending standards went out the window. Incomes and assets weren’t properly checked. High-interest loans, some with low “teaser” rates, were doled out to risky borrowers".