The IRS tax will substitute Euribor next April 2012 in Spain 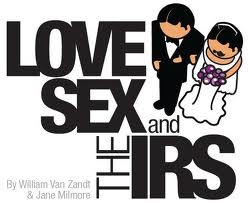 As it appears today in The Washington Post, central banks expand system of ‘swapping’ money to ease credit crunch. The Interest Rate Swap (IRS) tax will substitute Euribor next April 2012 in Spain.

The Washington Post explains it this way: "The swap lines are a global form of the central bankers’ “lender of last resort” role, backing the world banking system.

The way it works is the Fed lends dollars to, say, the ECB, in exchange for euros of comparable value. The ECB pays interest, and lends out the dollars to banks in the euro currency area that have obligations in dollars but are temporarily unable to borrow dollars to meet them.

The swap lines themselves are not new — they were first introduced in December 2007 in response to deepening difficulties of banks funding themselves. They were used in vast amounts during the financial crisis in the fall of 2008 and were reintroduced in May 2010 when Europe’s financial troubles worsened".

Substituting Euribor with the Interest Rate Swap tax, though, will make Spanish banks interest grow up to one point. Consequently, homebuyers will end up paying higher interests in their mortgages.

Not so sure this will make things easier for mere citizens.