Valencia is a city that ideally combines the vestiges of the past, which go back to the year 138 BC, with the impressive construction of the present. The most important modern tourist destination in the city of Valencia is the City of Arts and Sciences (Ciudad de las Artes y las Ciencias).

The very impressive City of Arts and Sciences is a cultural and architectural complex designed by Santiago Calatrava and Felix Candela which has become an international landmark. 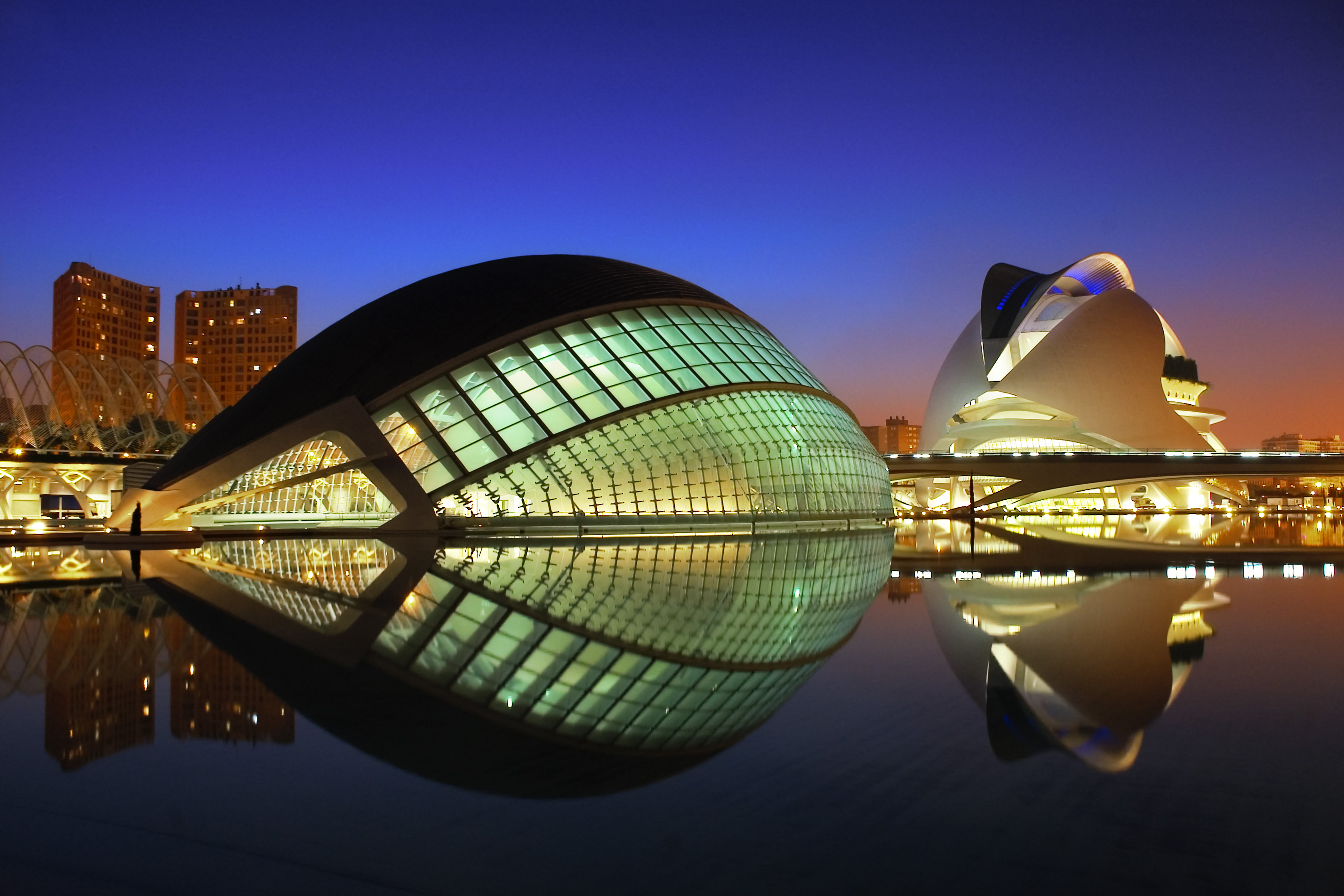 Spread out over two kilometers along the bed of the former River Turia, the complex, with its striking architecture, has an endless capacity for entertaining and stimulating the minds of its visitors.

The Mediterranean blue and white, the traditional colors of sea and light, blends with the avant-garde architecture of Santiago Calatrava and Felix Candela. Their bold strokes provide a futuristic image that symbolizes the new Valencia as a modern city within the age old city. 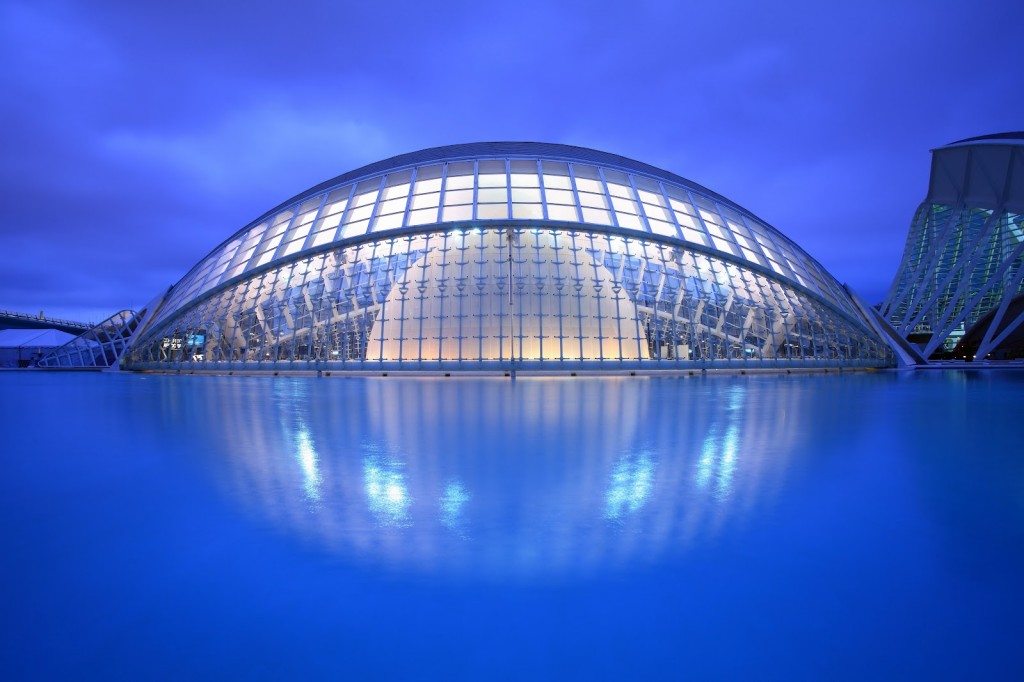 The futuristic City of Arts and Sciences contains a number of buildings that allow visitors to immerse themselves in different aspects of art, nature, science and technology. 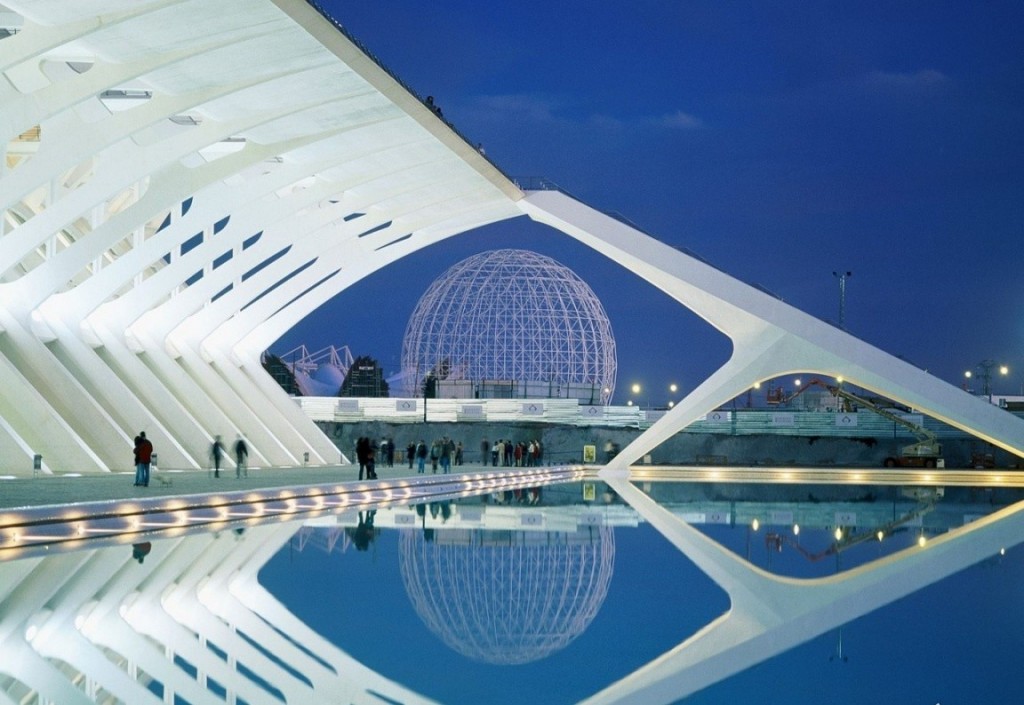 Highlights include: the Hemisferic (an Imax theater, planetarium and laserium built in the shape of an eye), the Umbracle (a landscaped walkway which includes plant species indigenous to Valencia and an outdoor art gallery with sculptures from contemporary artists including Yoko Ono and others), the Principe Felipe Science Museum (an interactive museum of science which resembles the skeleton of a whale), the Oceanografico (an open air oceanographic park which is the largest aquarium in Europe with over 500 marine species) and the Palau de les Arts Reina Sofia (an opera house and performing arts center). 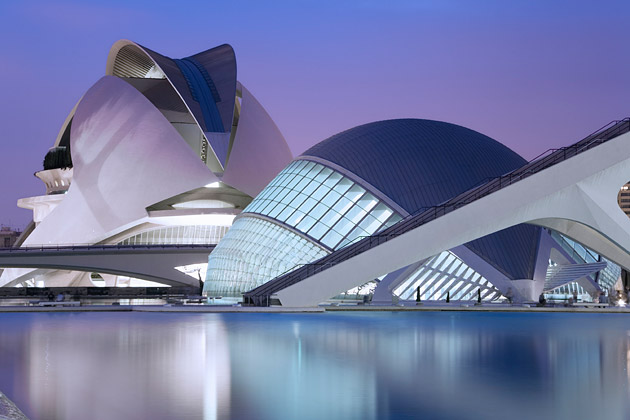 1 thought on “City of Arts and Sciences in Valencia, Spain”