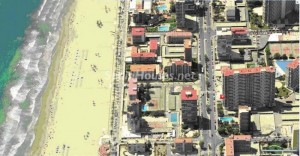 These assets, purchased at knock-down prices are to be sold on to investors over a 15-year period, offering a minimum return of 14 per cent.

SAREB chiefs have, so far, been coy about discussing the bank’s sales strategies. There have also been criticisms over the organisation’s business plan which was drafted before it received an injection of capital from healthier financial corporations.

In a joint statement on the issue, which was released on the day SAREB officially launched last week, the European Central Bank, the European Commission and the International Monetary Fund (IMF), said: “It is of the utmost importance that this plan is kept both robust and credible, based on updated information.”

In a separate report, also issued last week, the IMF affirmed that, “The program remains on track: the clean-up of undercapitalised banks has reached an advanced stage, and key reforms of Spain’s financial sector framework have been either adopted or designed.

“This clean-up is a major achievement that should strengthen confidence in the system and improve its ability to support the real economy.”

SAREB is likely to reduce prices further, according to some analysts, because unlike other banks it is able to offer financing on properties - and this provides a degree of flexibility.