In Alicante, the euros are flowing in from Moscow. Russians have become the saviors of the Mediterranean province's property market and tourism sector, and now that Cyprus - their former Eden - has been bailed out by the EU, Russians are turning to Alicante to lay down their money. First they come on vacation for a few days to check out the beaches and the climate on the Costa Blanca, and later they return to purchase a holiday home, cash in hand - no down payments, no mortgages necessary. 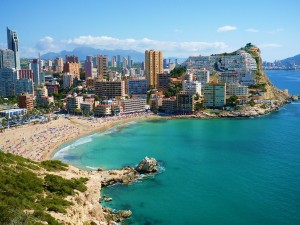 Clients from Russia have overtaken the British in the foreign home-buyer ranking. Half of the 7,000 residences sold to non-Spaniards in Alicante province last year went to Russian families, a market that represented less than five percent of the total just four years ago.

What with the Russians buying and the British selling, the area of La Vega Baja is experiencing a new property boom that places Alicante at the top of the Spanish list of existing home transactions. According to Public Works Ministry figures, the province topped the list of home sales to foreigners during the first nine months of 2012. Most of the total of 2,501 transactions involved Russian buyers. Málaga was a distant second on 1,111.

Beginning this month, L'Altet airport is running two daily flights to Moscow and one to St Petersburg. The numbers speak for themselves: in 2010, Spain welcomed 30,951 tourists from that country; in 2011 it was 53,084 and the following year 84,684. This season, up to 119,000 plane seats are on offer, an 88-percent rise compared with last summer.

Tourism is the other sector that seeks to attract the attention of Russia's new middle classes. And industry professionals are perfectly aware that while the average European tourist spends around 700 euros, the Russian spends more like 1,700 euros. No wonder the Costa Blanca is going Slavic.