Spain’s bad bank failed to attract high enough bids in its first sale of commercial real estate and will cut the size of the portfolio being offered to make it easier to sell, Bloomberg quoted three people familiar with the matter as saying on Friday. 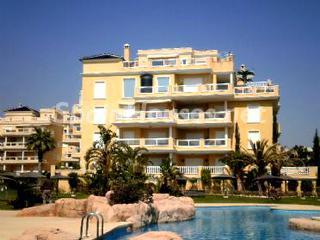 The bad bank, known as Sareb, received more than 30 offers for the portfolio that were lower than it expected, said one of the people, who declined to be named because the information isn’t public. It will reduce the number of buildings in the package known as Corona to four from seven, the person said. A spokeswoman for Madrid-based Sareb declined to comment.

Spain created Sareb last year to absorb 50 billion euros of real-estate assets from lenders including Bankia group that took aid as part of the nation’s European bailout. Its failure to attract high enough bids may undermine growing optimism in Spain as the stock market has surged 20 percent this year and foreign investors including Microsoft Corp. founder Bill Gates buy into Spanish companies.

Two of the buildings removed from the portfolio were only partially owned by Sareb, making them less attractive to investors, the person said. The original portfolio included properties in Calle Velazquez, an upscale shopping district in central Madrid, and in Montecarmelo and Campo de las Naciones on the outskirts of the capital.

In August Sareb agreed to sell a majority stake in a group of almost 1,000 homes known as Project Bull to private-equity firm H.I.G. Capital. It also sold loans advanced to real estate company Inmobiliaria Colonial with a nominal value of 245 million euros to Burlington Loan Management.